Under the guidance of the Reich, Europe would speedily have become unified. Once the Jewish poison had been eradicated, unification would have been an easy matter. France and Italy, each defeated in turn at an interval of a few months by the two Germanic Powers, would have been well out of it. Both would have had to renounce their inappropriate aspirations to greatness. At the same time they would have had to renounce their pretensions in North Africa and the Near East; and that would have allowed Europe to pursue a bold policy of friendship towards Islam. 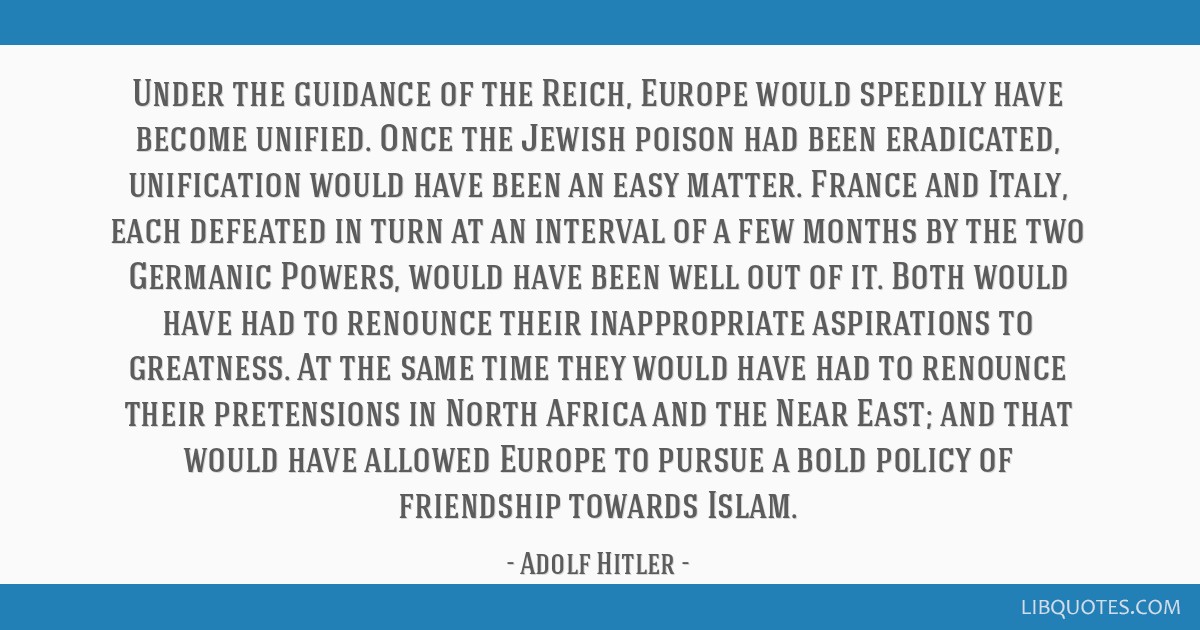 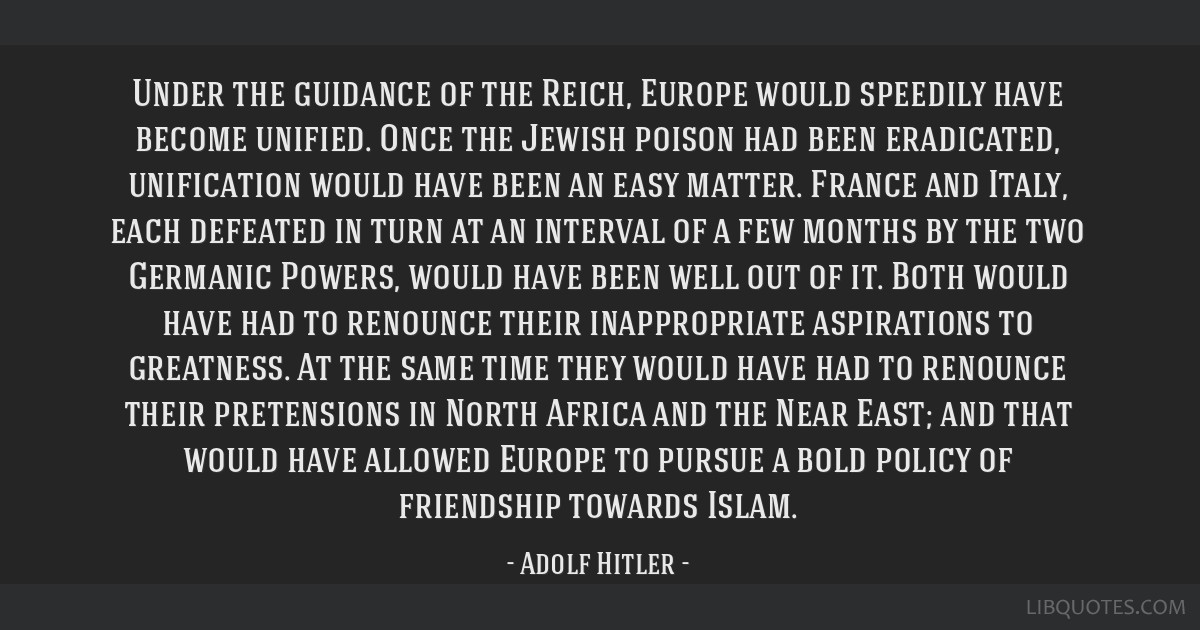 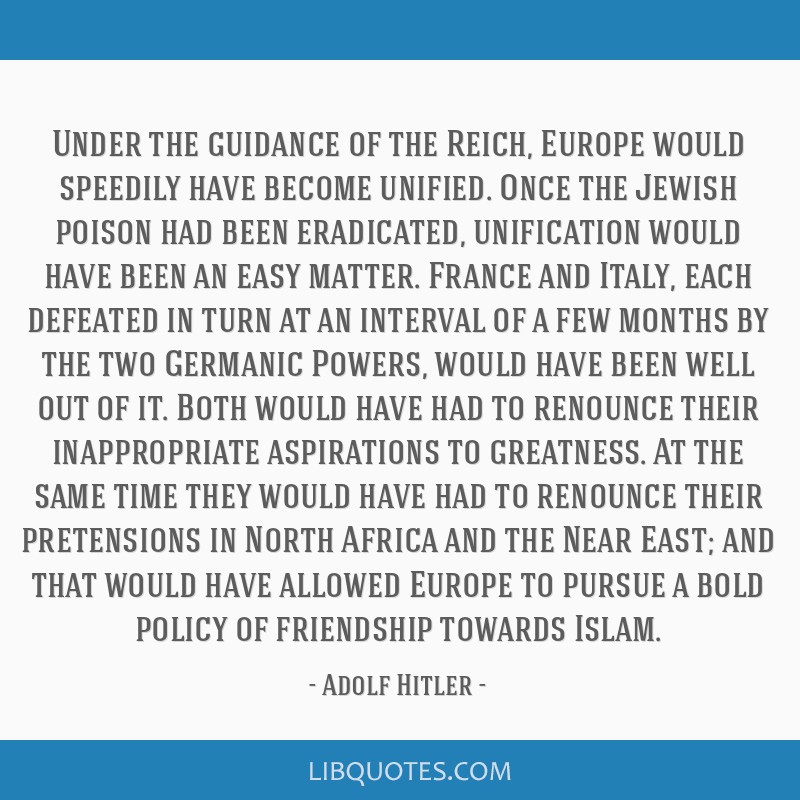 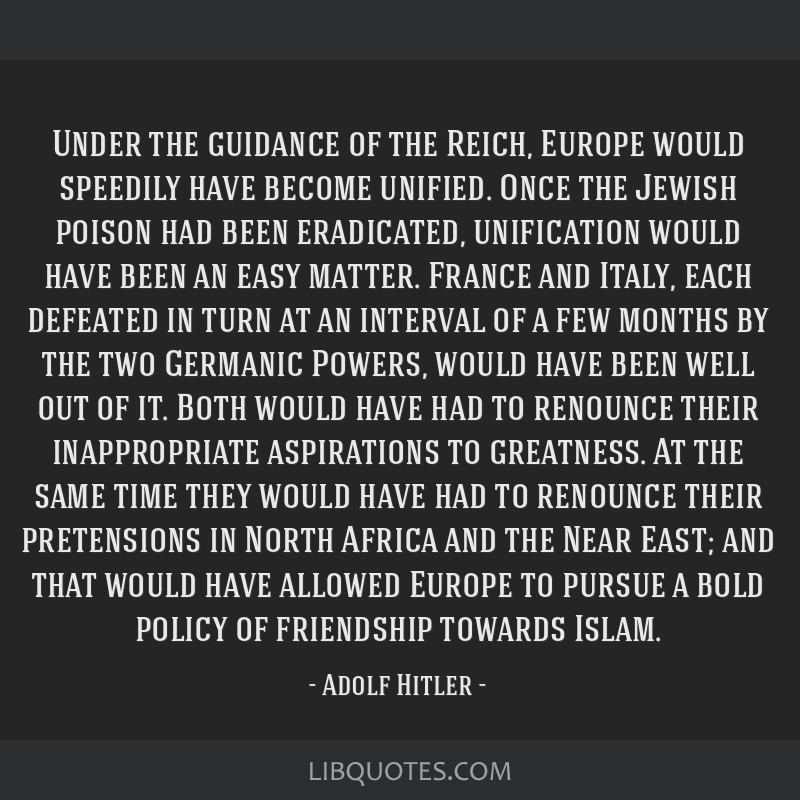