England, unlike in 1914, will not allow herself to blunder into a war lasting for years.... Such is the fate of rich countries...Not even England has the money nowadays to fight a world war. What should England fight for? You don't get yourself killed over an ally. 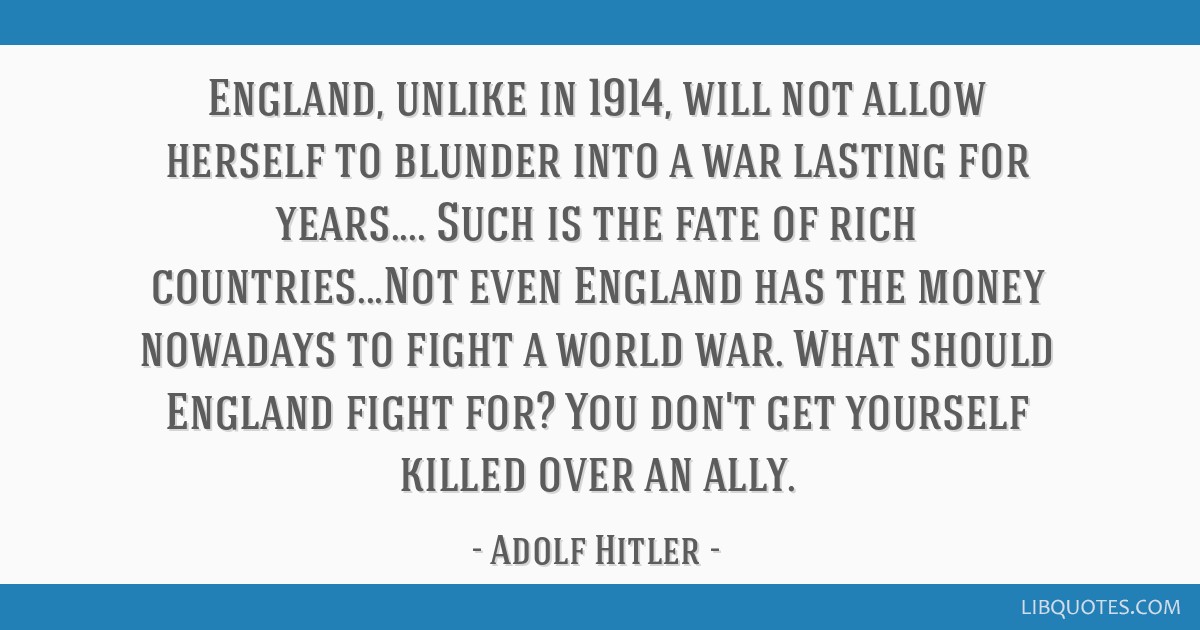 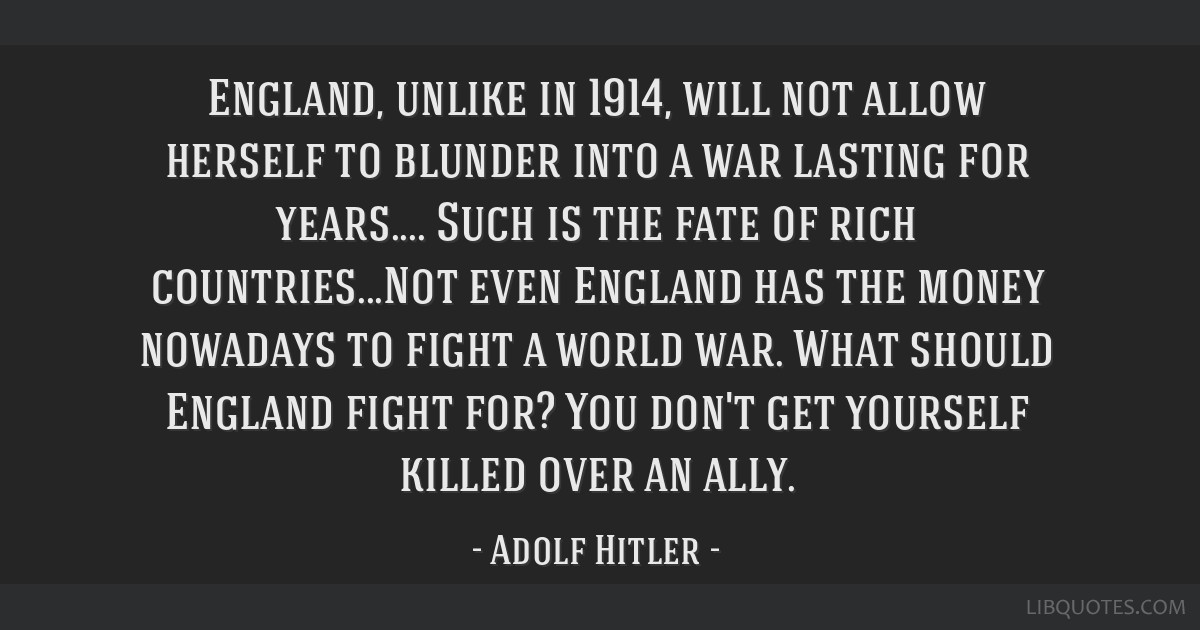 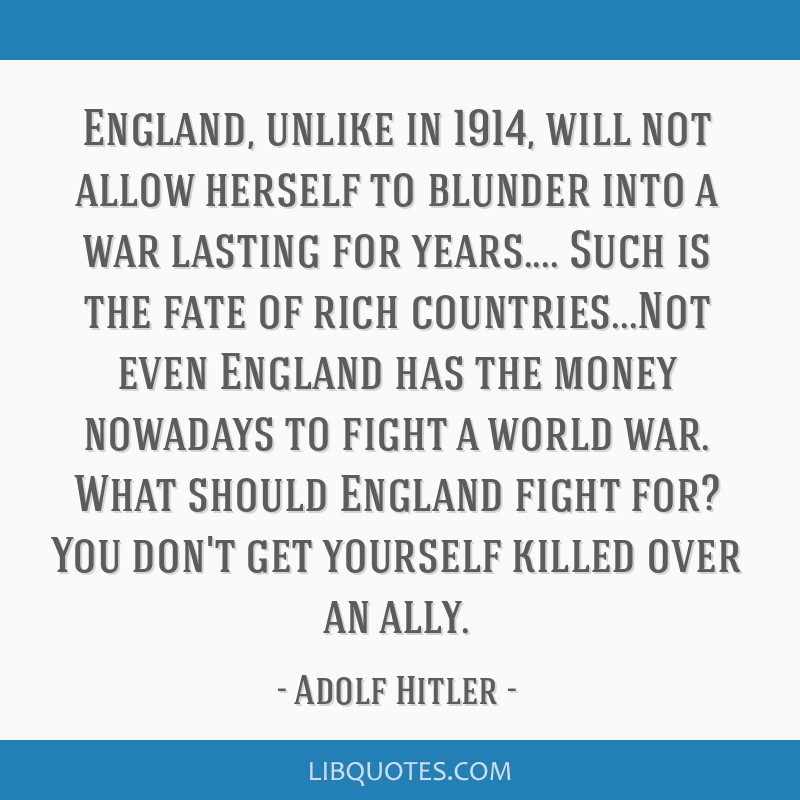 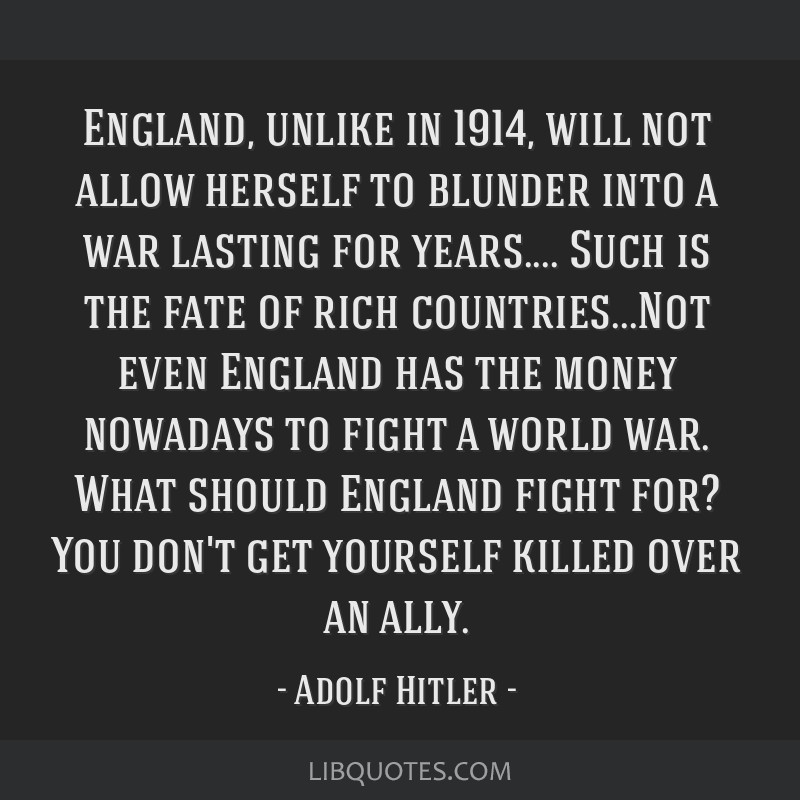