The development of relations between State and Church affords a very instructive example of how the carelessness of a single statesman can have after-effects which last for centuries. When Charlemagne was kneeling at prayer in St. Peter's, Rome, at Christmas in the year 800, the Pope, giving him no time to work out the possible effects of so symbolic an action, suddenly bent down and presto! popped a golden crown on his head! By permitting it, the Emperor delivered himself and his successors into the hands of a power which subjected the German Government and the German people to five hundred years of martyrdom. 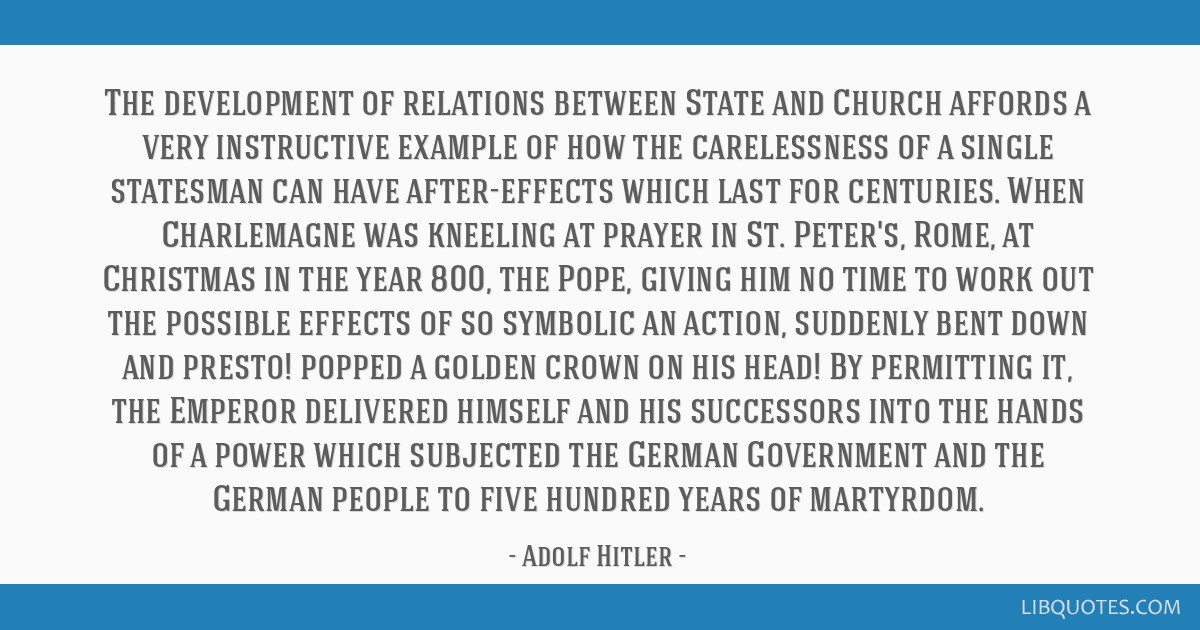 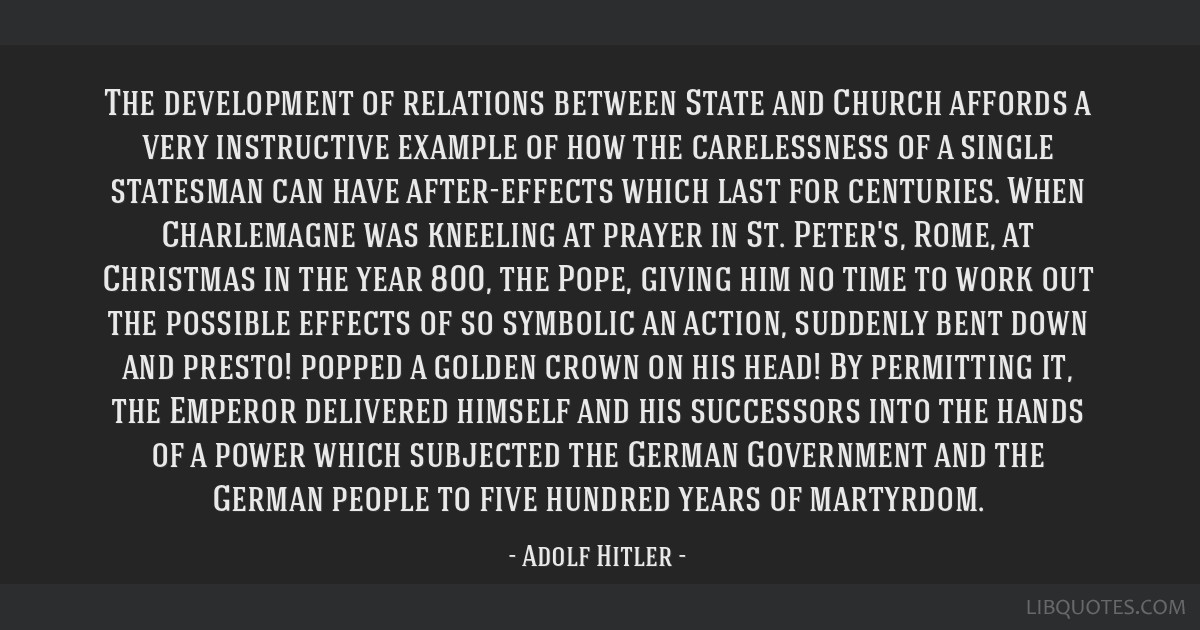 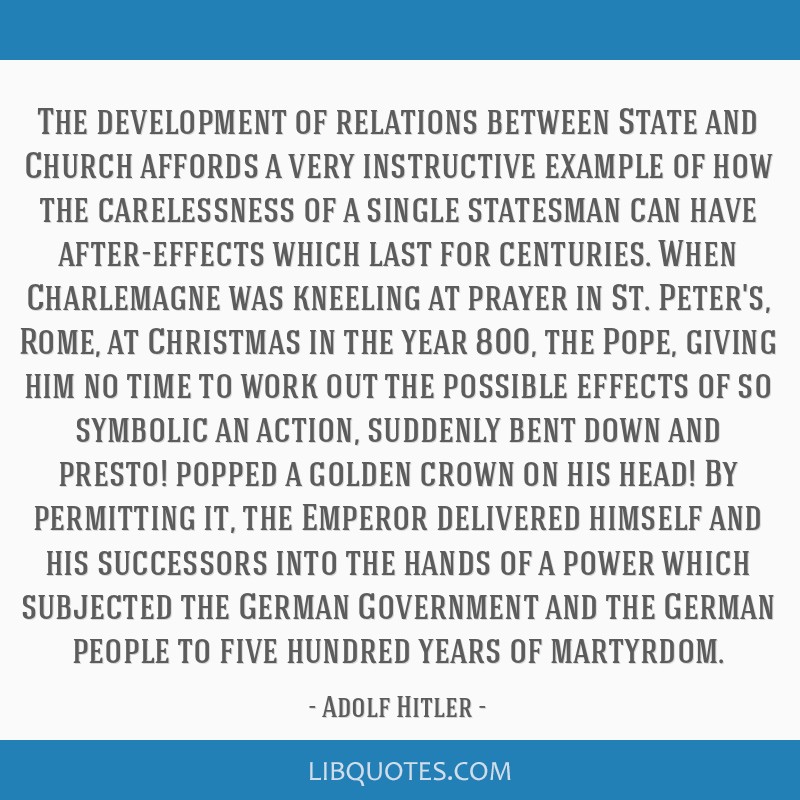 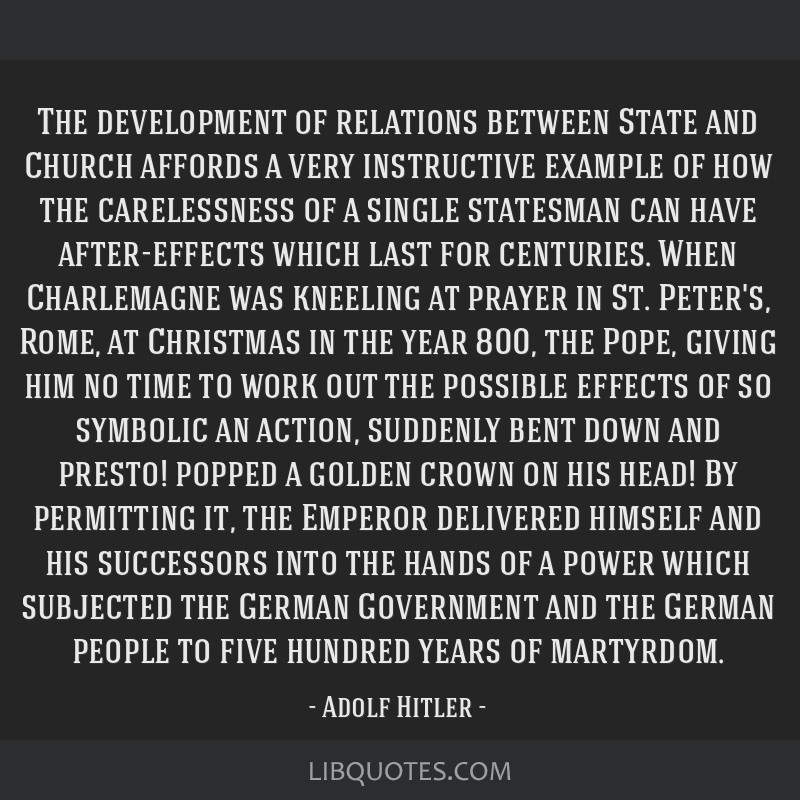