And numerous people whose families belong to the peasantry and working classes are now filling prominent positions in this National Socialist State. Some of them actually hold the highest offices in the leadership of the nation, as Cabinet Ministers, Reichsstatthalter and Gauleiter. But National Socialism always bears in mind the interests of the people as a whole and not the interests of one class or another. The National Socialist Revolution has not aimed at turning a privileged class into a class which will have no rights in the future. Its aim has been to grant equal rights to those social strata that hitherto were denied such rights. 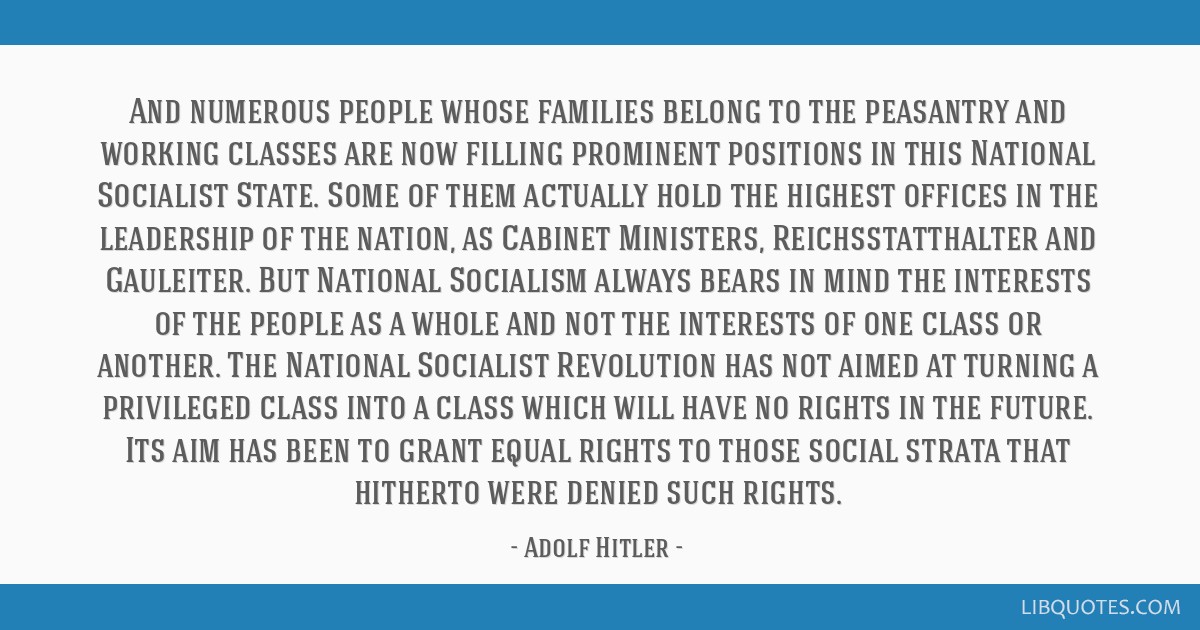 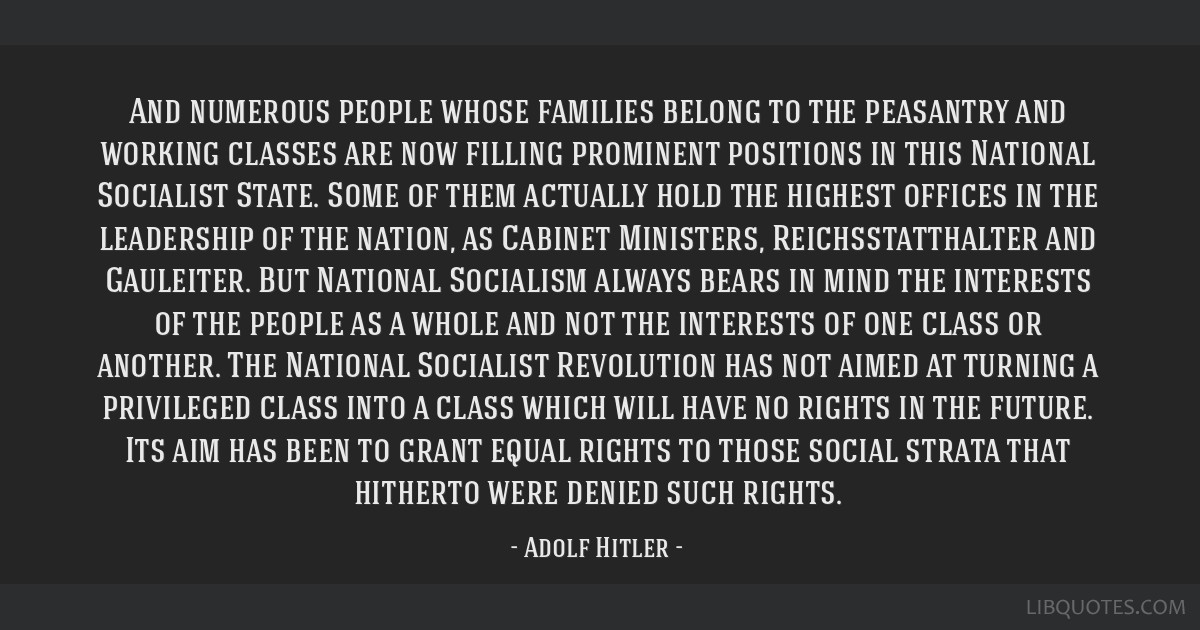 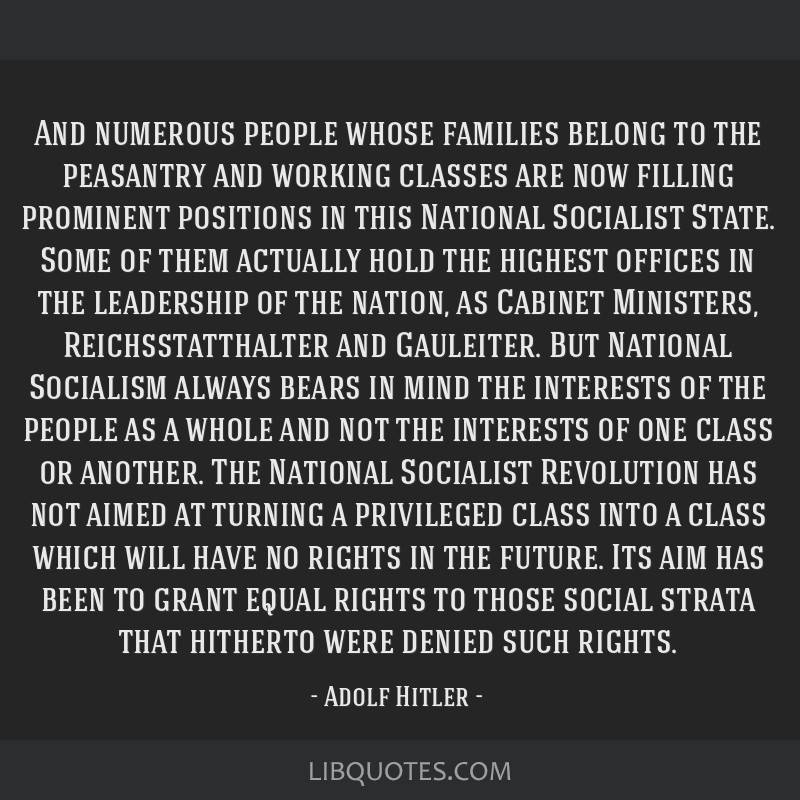