I am quite sure that very few of the so-called Reds in Spain were really Communists. We were badly deceived, for, had I known the real state of affairs, I would never have allowed our aircraft to bombard and destroy a starving population and at the same time re-establish the Spanish clergy in all their horrible privileges. 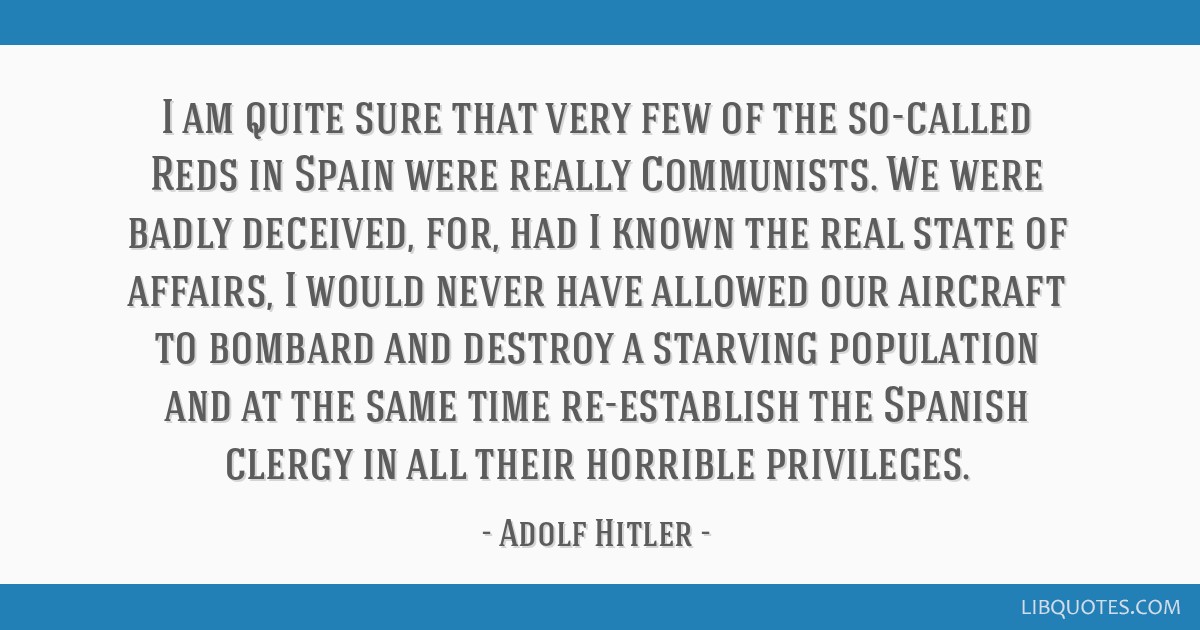 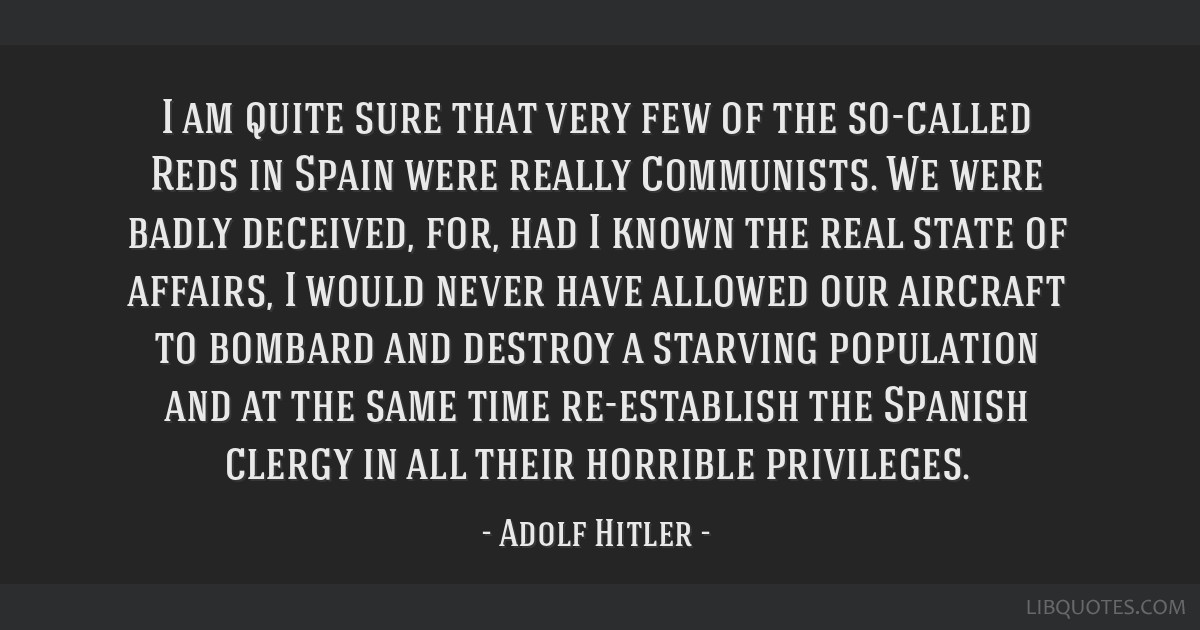 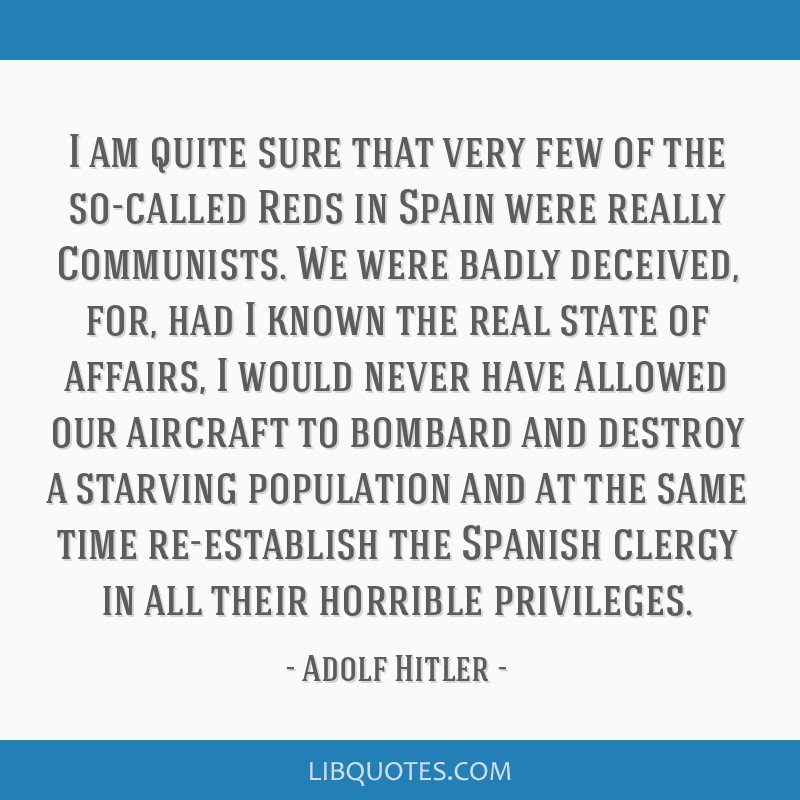 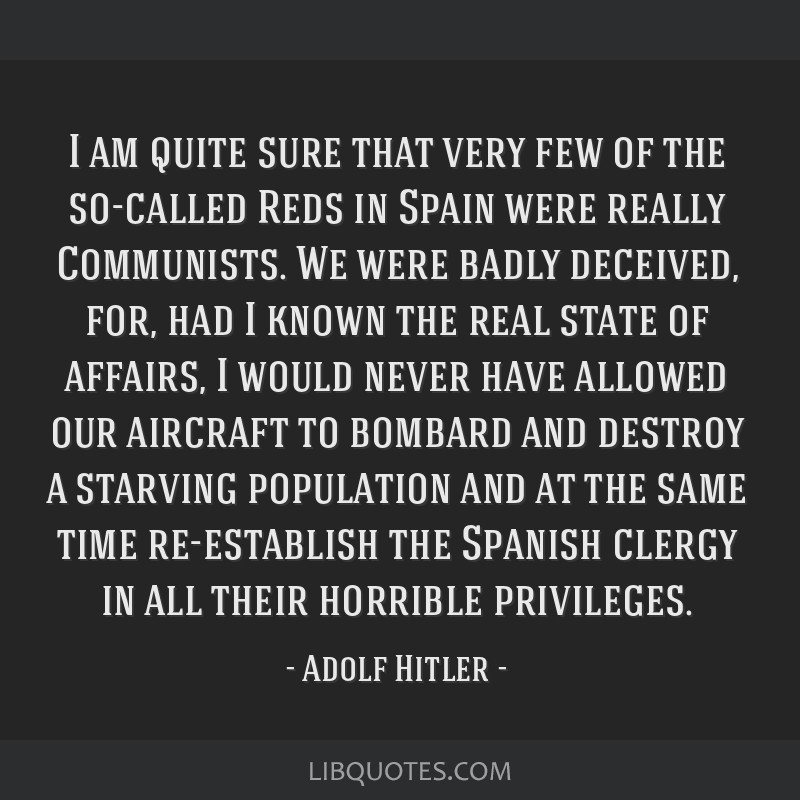