When Churchill and Roosevelt state that they want to build up a new social order, later on, it is like a hairdresser with a bald head recommending an unfortunate hair-restorer. These men, who live in the most socially backward states, have misery and distress enough in their own countries to occupy themselves with the distribution of foodstuffs…. We are allied with strong peoples, who in the same need are faced with the same enemies. The American President and his Plutocratic clique have mocked us as the Have-nots-that is true, but the Have-nots will see to it that they are not robbed of the little they have. 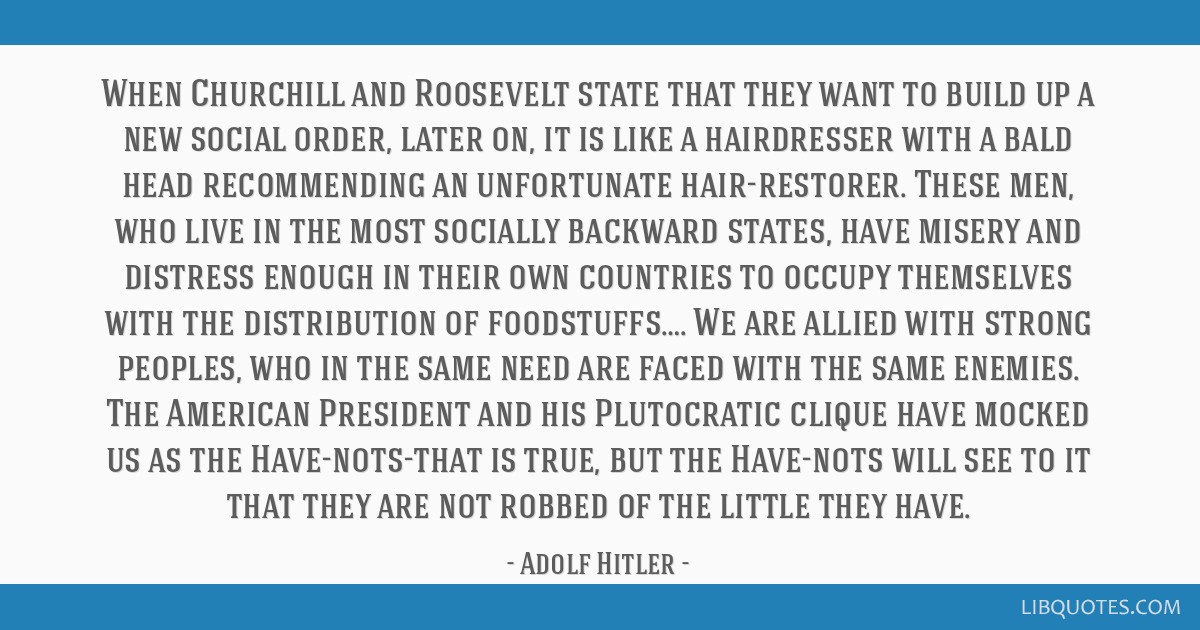 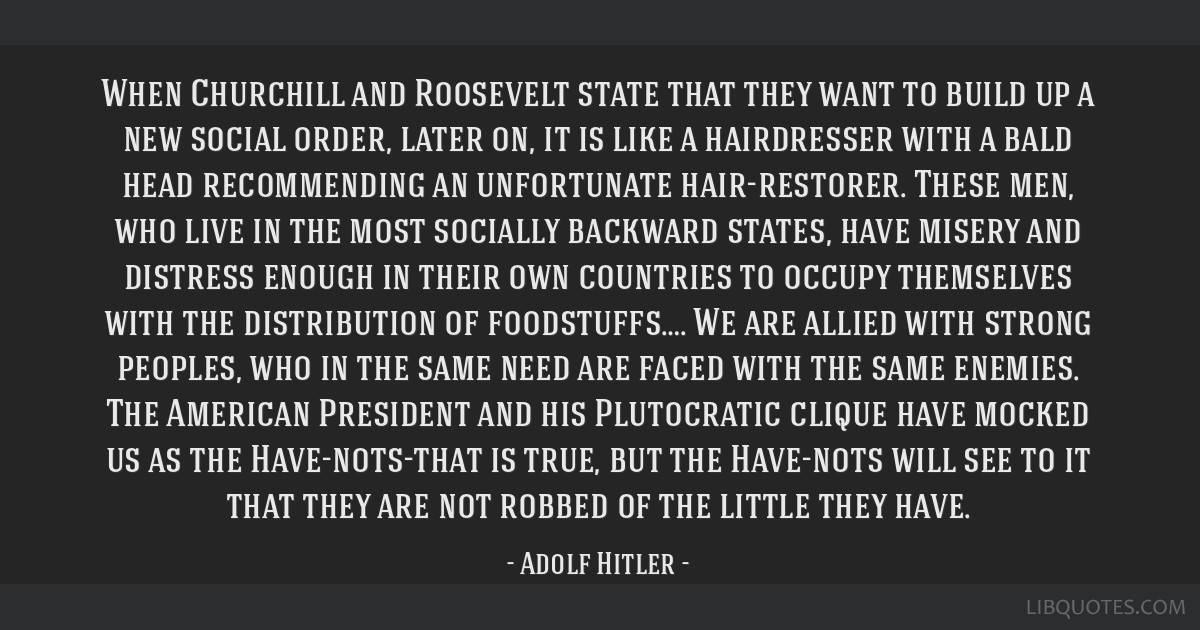 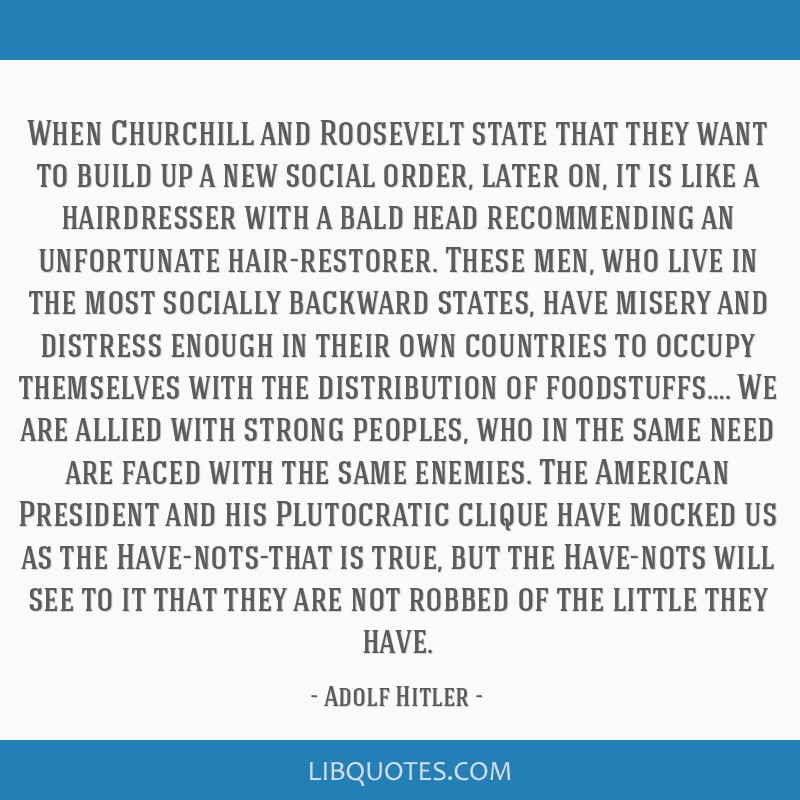 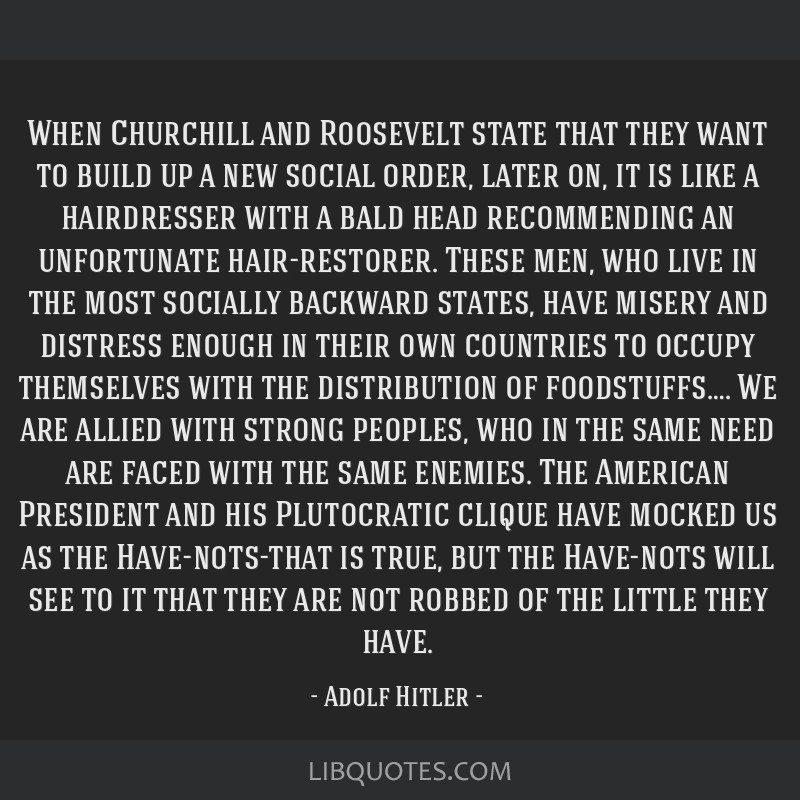