I have never had the least apprehension that I or my friends would marry negroes if there was no law to keep them from it, but as Judge Douglas and his friends seem to be in great apprehension that they might, if there were no law to keep them from it, I give him the most solemn pledge that I will to the very last stand by the law of this State, which forbids the marrying of white people with negroes. 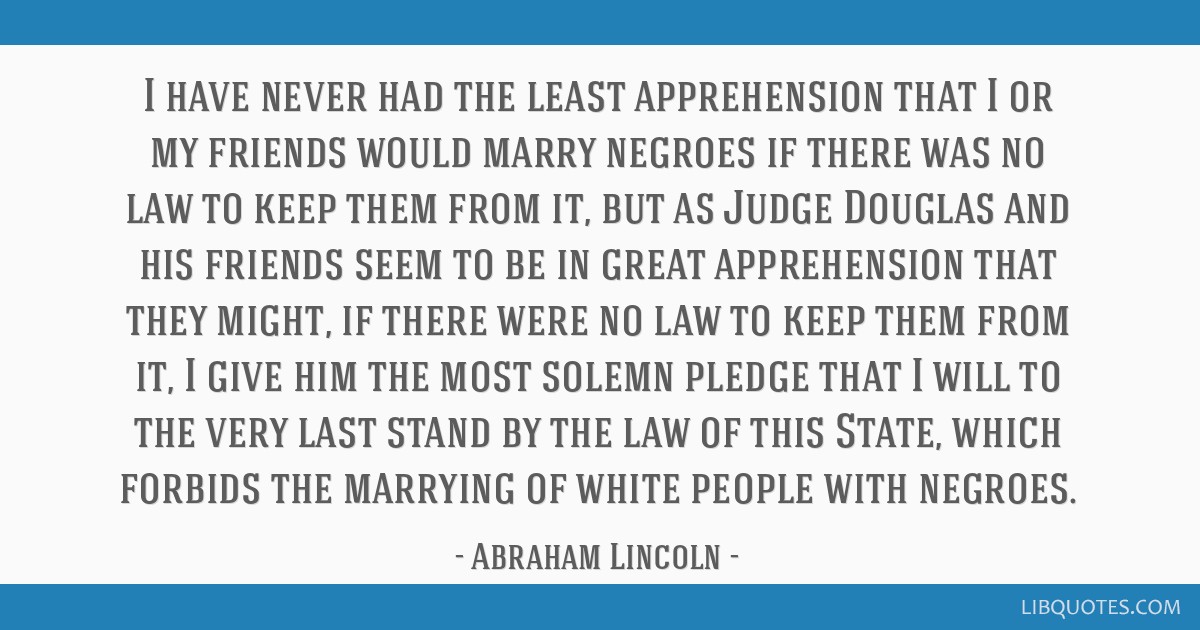 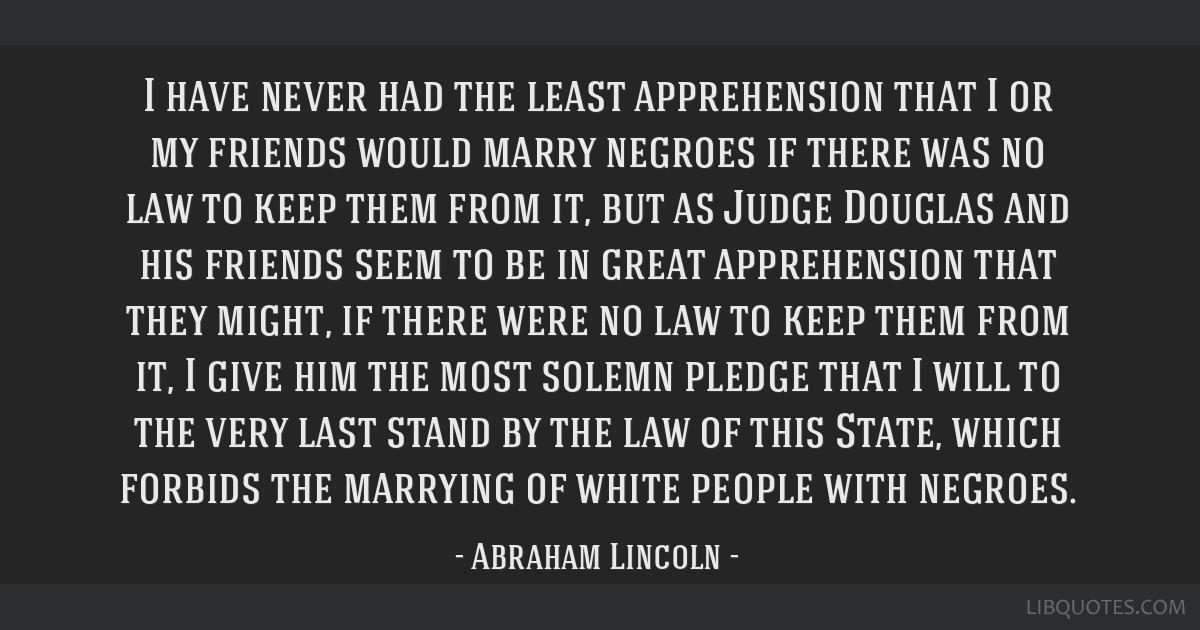 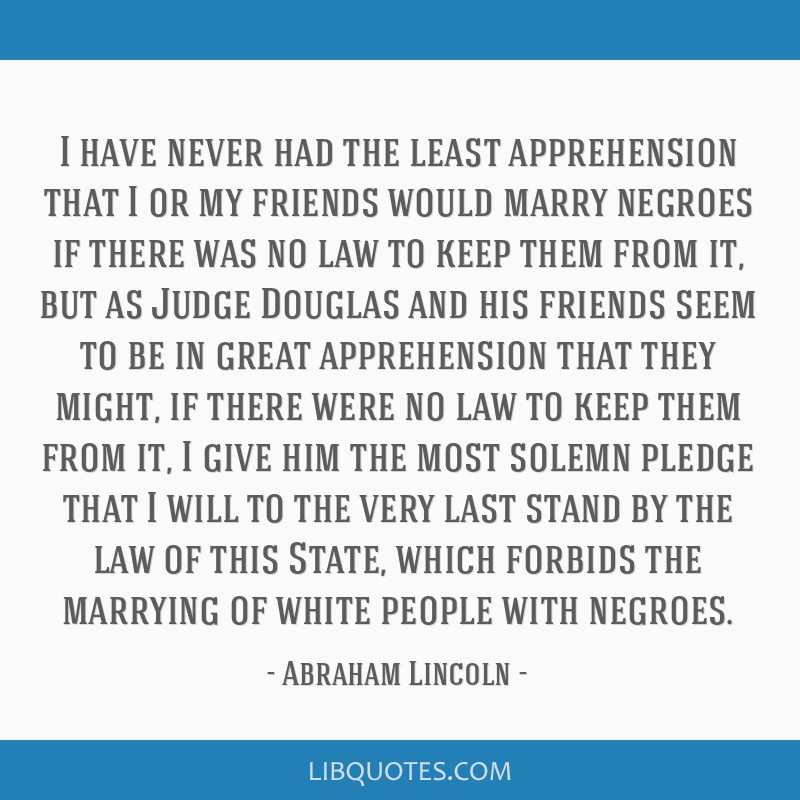 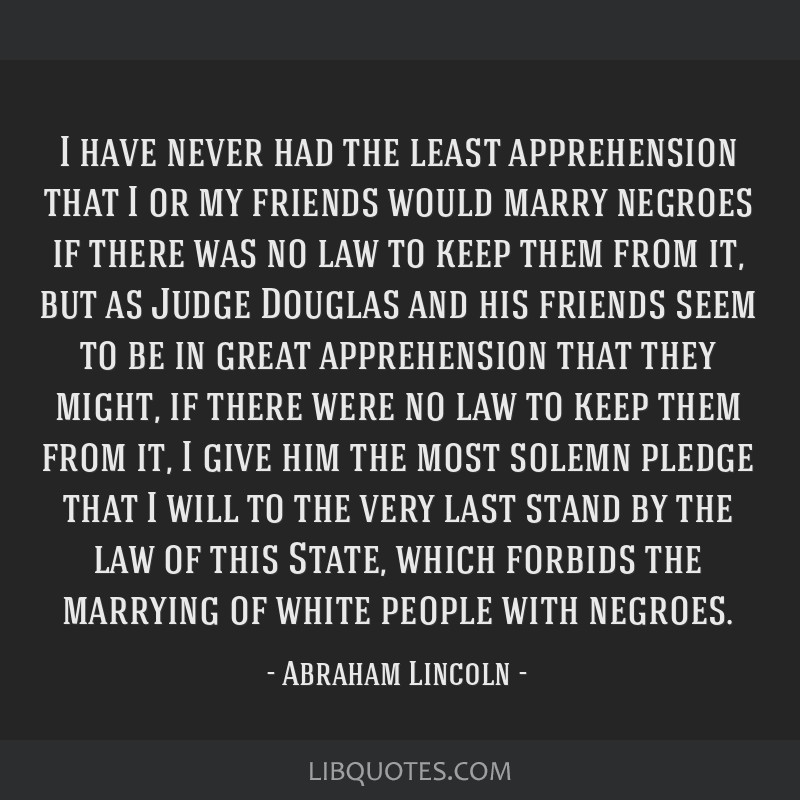