But the election, along with its incidental and undesirable strife, has done good, too. It has demonstrated that a people's government can sustain a national election in the midst of a great civil war. Until now, it has not been known to the world that this was a possibility. It shows, also, how sound and strong we still are. It shows that even among the candidates of the same party, he who is most devoted to the Union and most opposed to treason can receive most of the people's votes. It shows, also, to the extent yet known, that we have more men now than we had when the war began. Gold is good in its place; but living, brave, and patriotic men are better than gold. 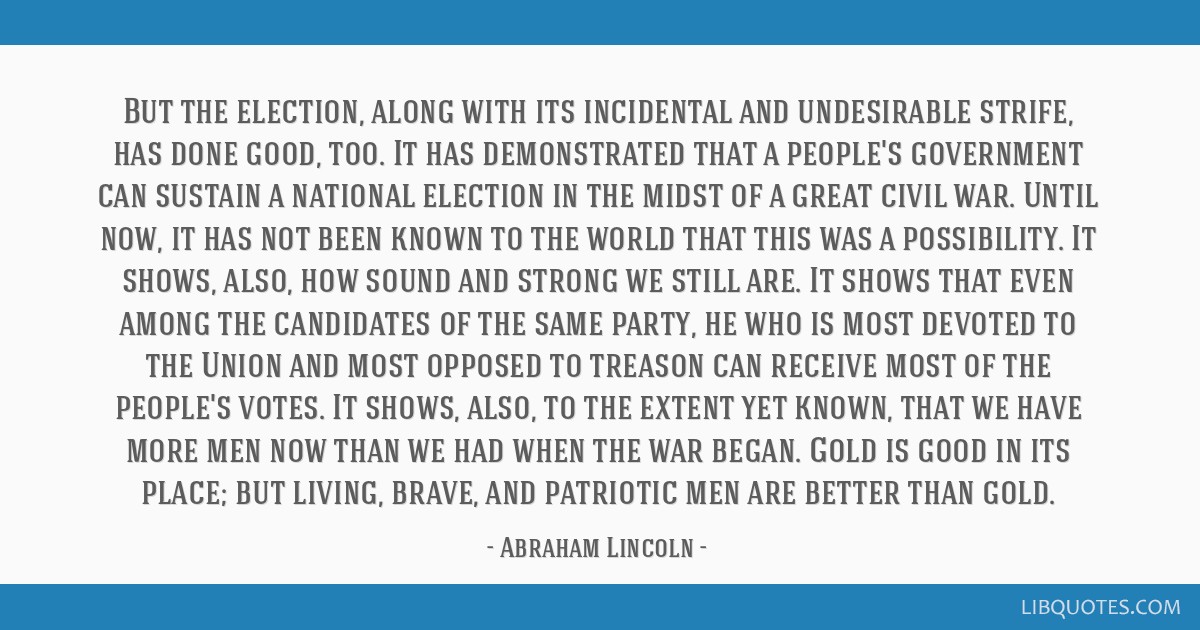 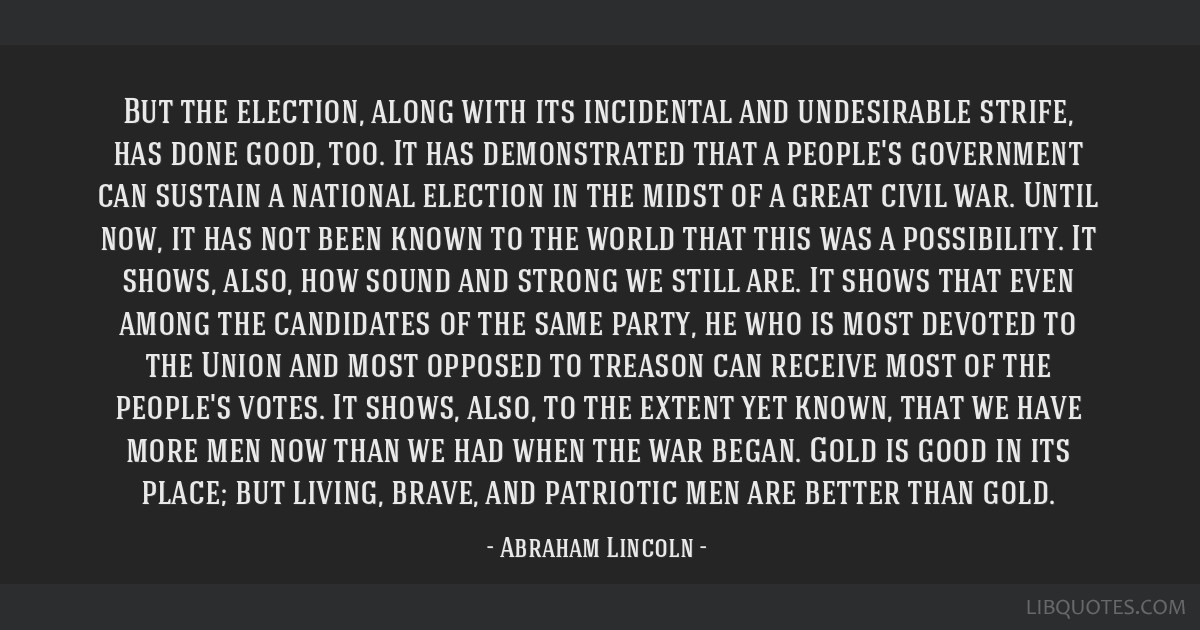 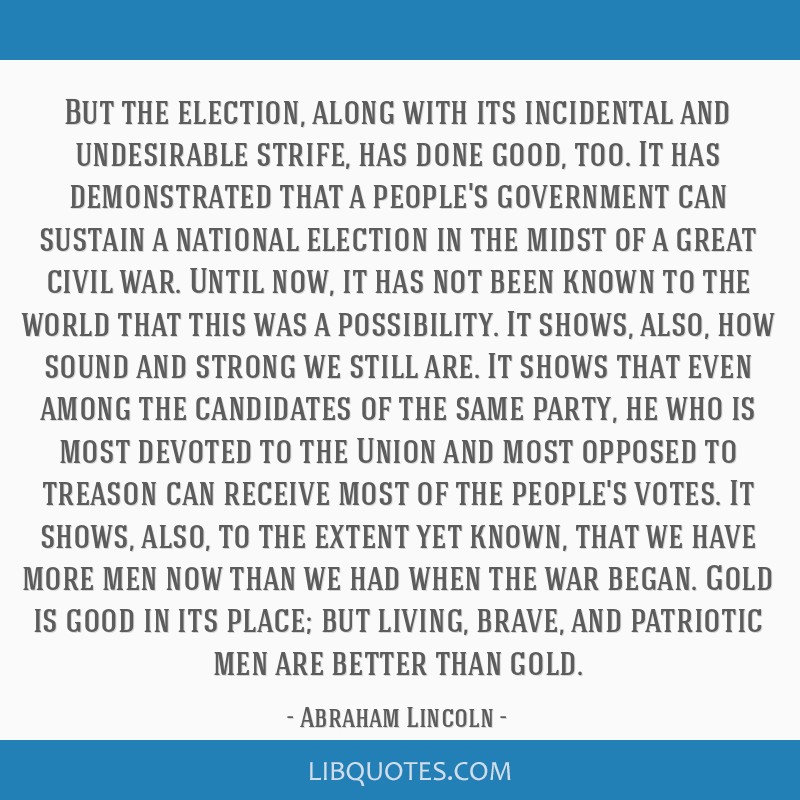 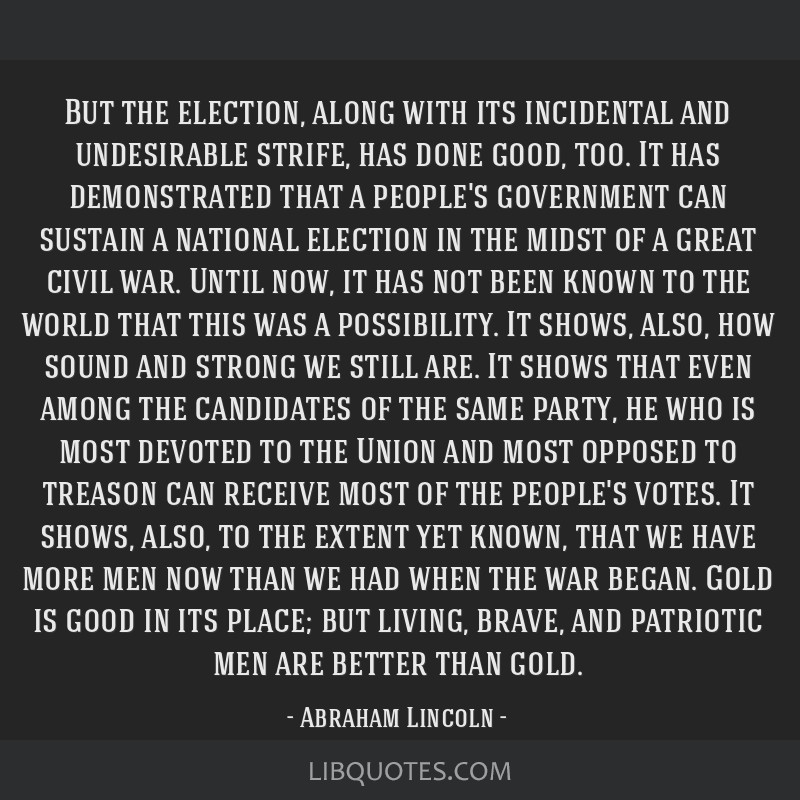