Slavery is the great political question of the nation. Though all desire its settlement, it still remains the all-pervading question of the day. It has been so especially for the past six years. It is indeed older than the revolution, rising, subsiding, then rising again, till fifty-four, since which time it has been constantly augmenting. Those who occasioned the Lecompton imbroglio now admit that they see no end to it. It had been their cry that the vexed question was just about to be settled, 'the tail of this hideous creature is just going out of sight'. That cry is 'played out', and has ceased. 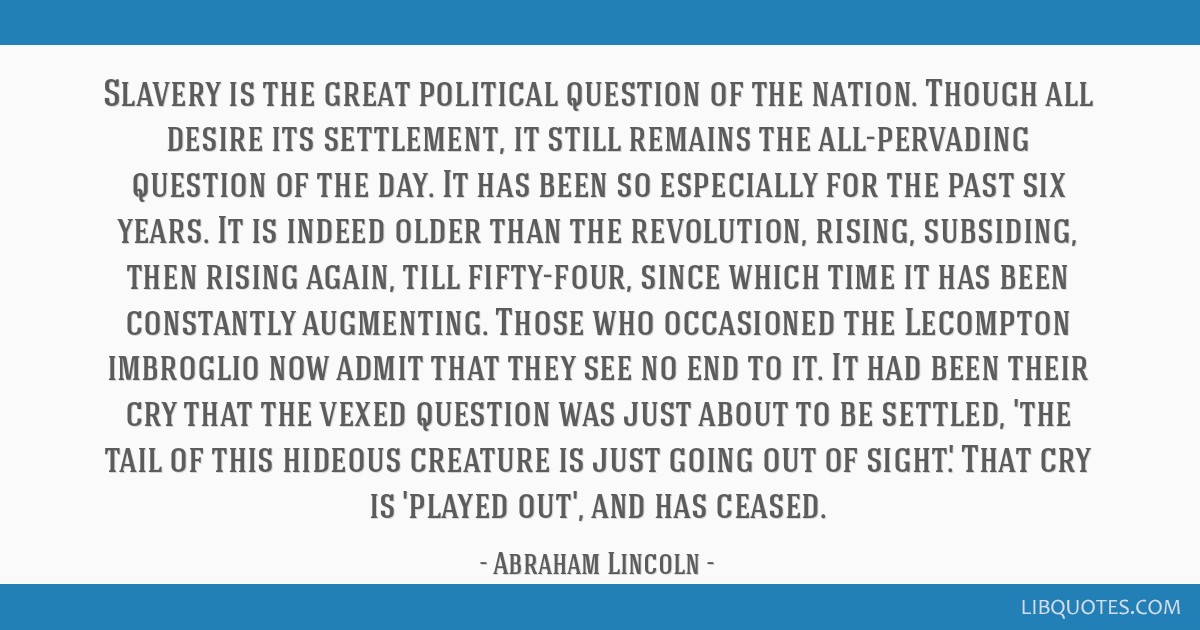 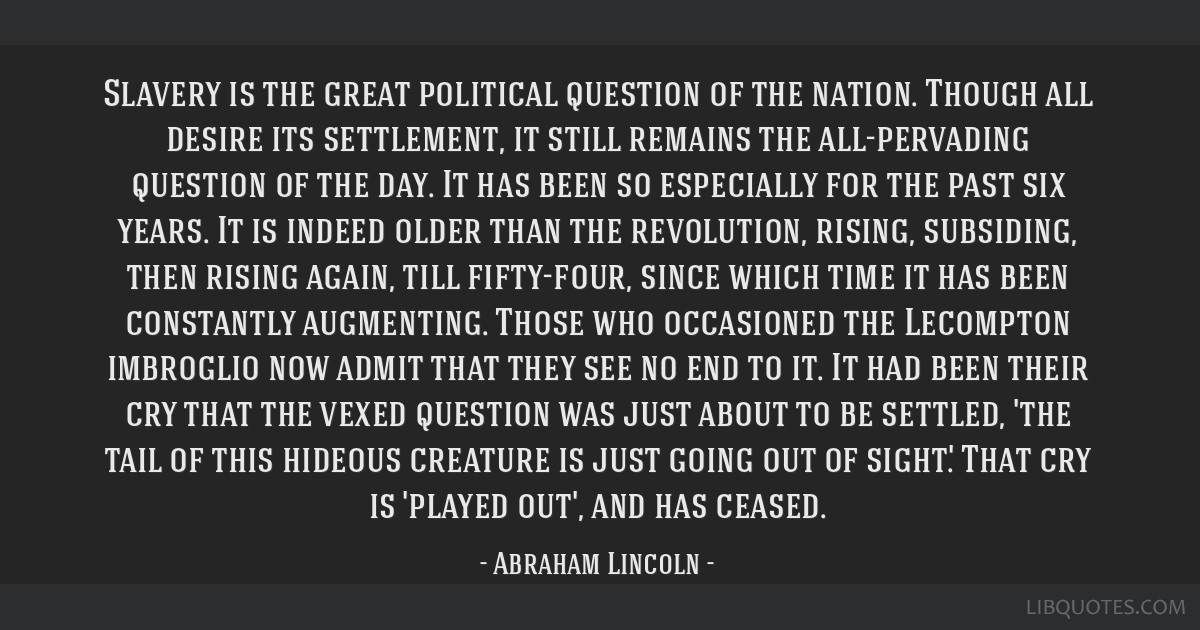 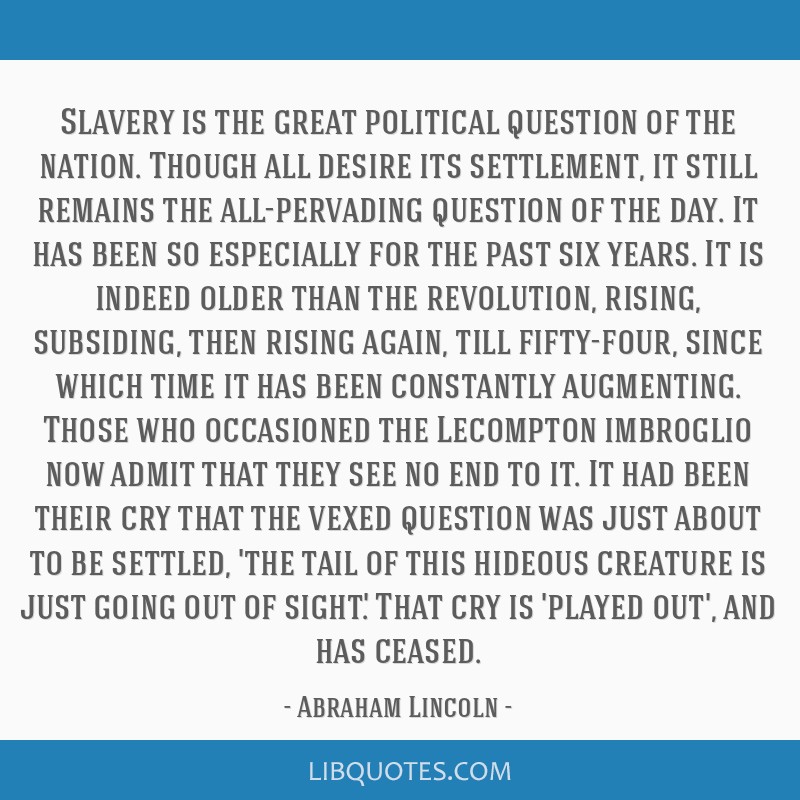 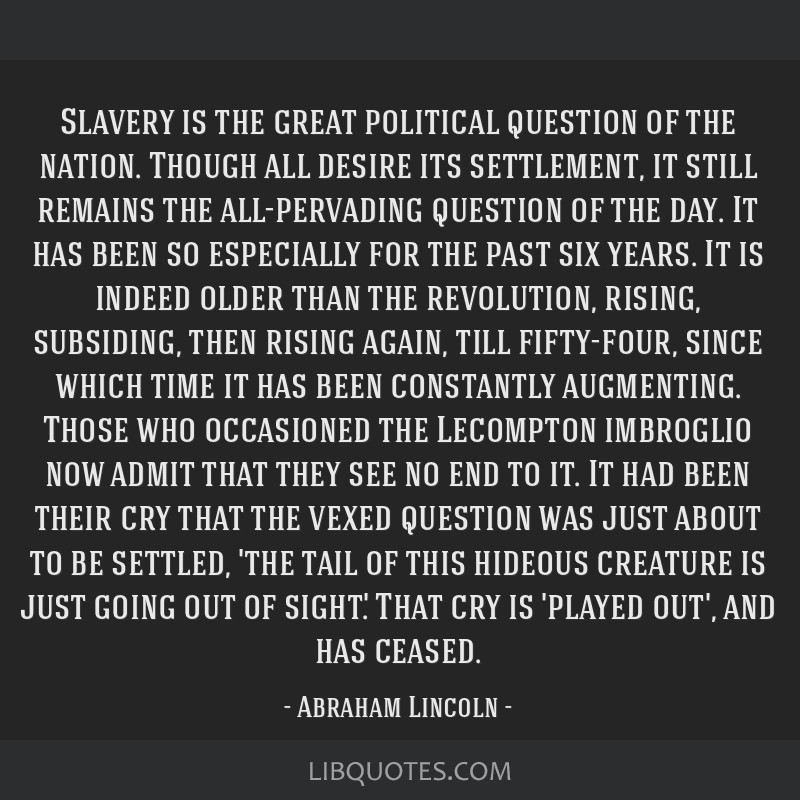