In the course of my main argument, Judge Douglas interrupted me to say, that the principle the Nebraska bill was very old; that it originated when God made man and placed good and evil before him, allowing him to choose for himself, being responsible for the choice he should make. At the time I thought this was merely playful; and I answered it accordingly. But in his reply to me he renewed it, as a serious argument. In seriousness then, the facts of this proposition are not true as stated. God did not place good and evil before man, telling him to make his choice. On the contrary, he did tell him there was one tree, of the fruit of which, he should not eat, upon pain of certain death. 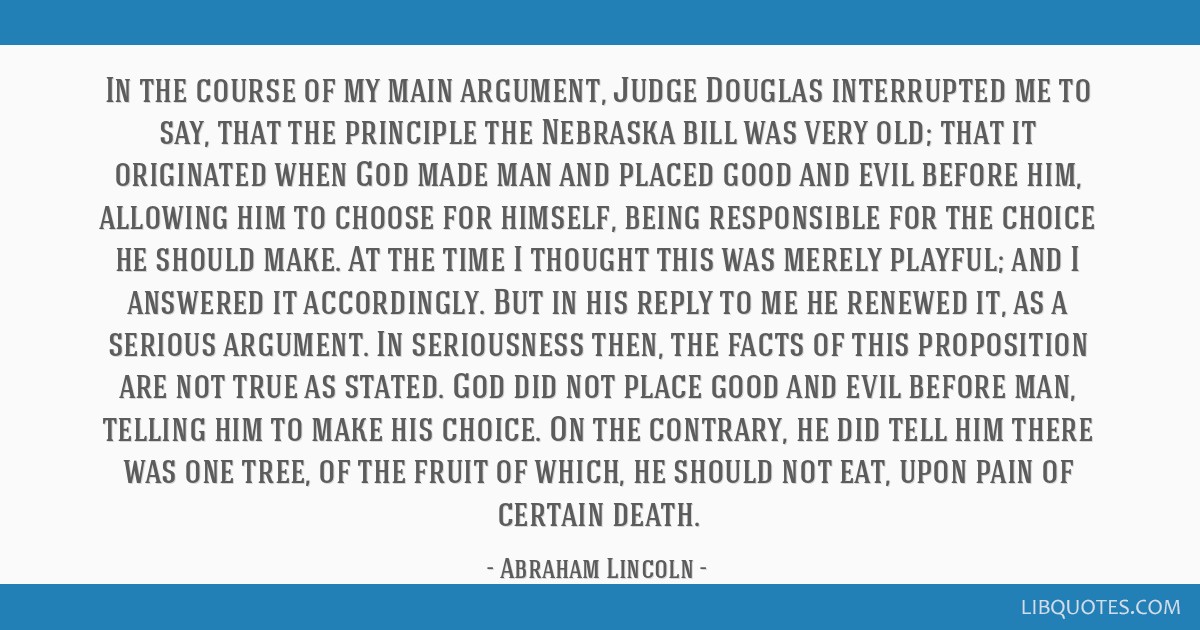 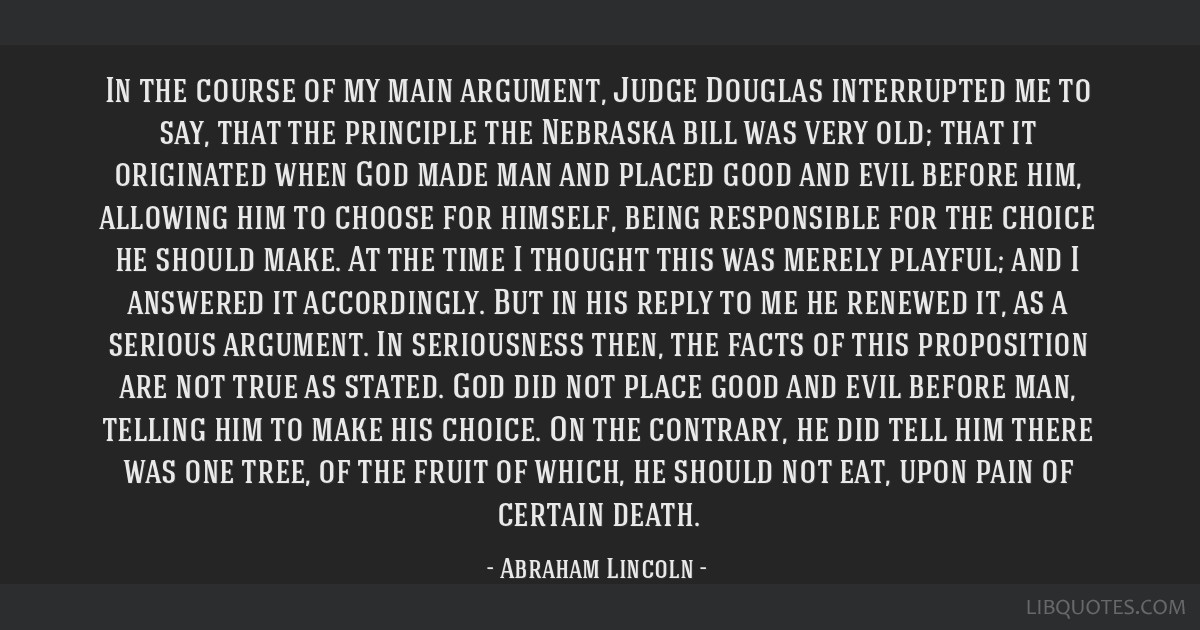 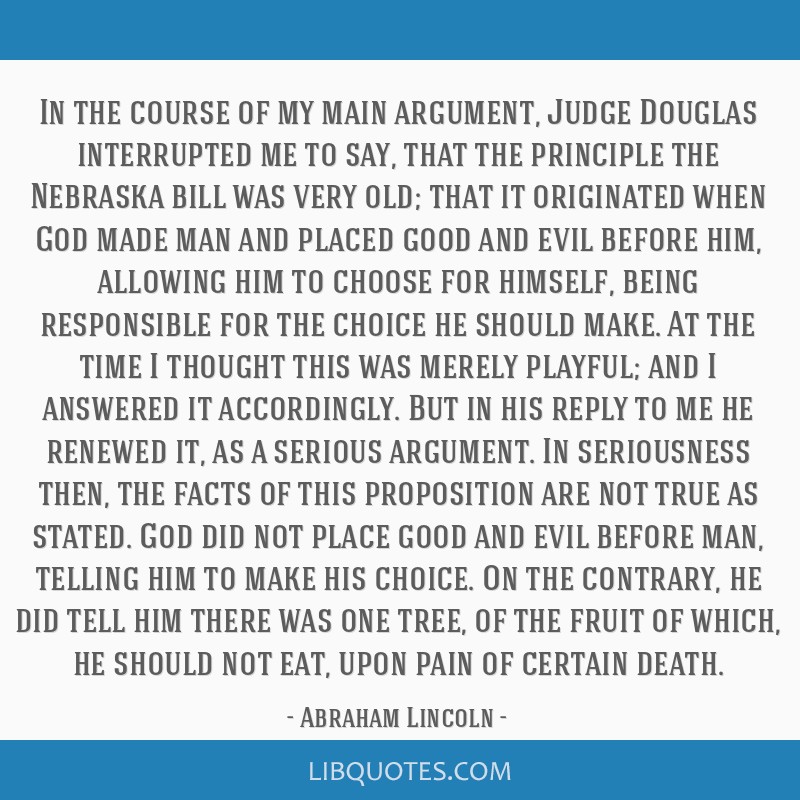 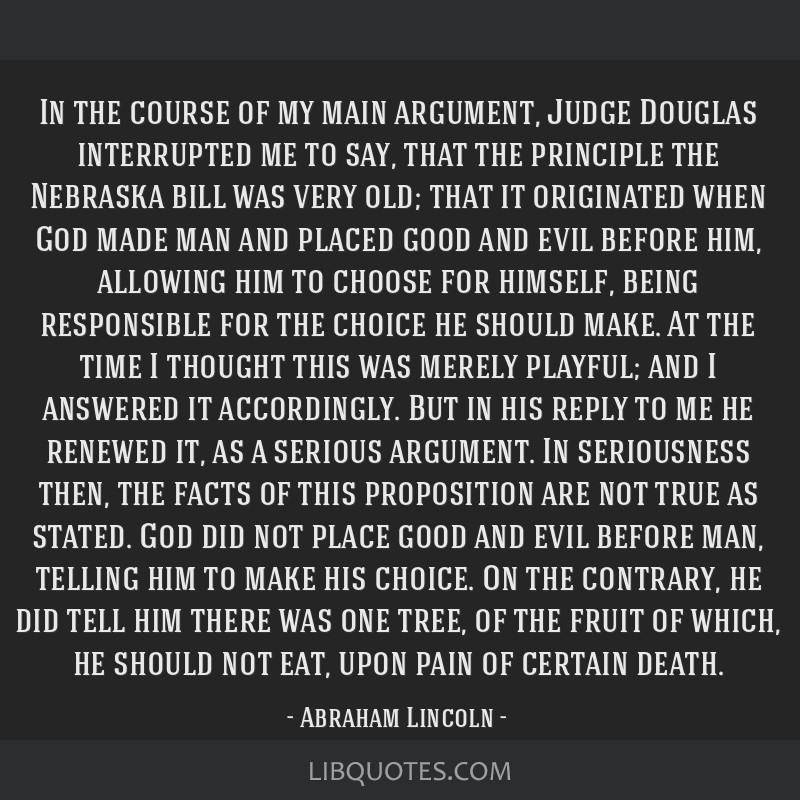