Then came the Black Hawk war; and I was elected a captain of volunteers, a success which gave me more pleasure than any I have had since. I went the campaign, was elated, ran for the legislature the same year (1832), and was beaten—the only time I ever have been beaten by the people. The next and three succeeding biennial elections I was elected to the legislature. I was not a candidate afterwards. During this legislative period I had studied law, and removed to Springfield to practice it. 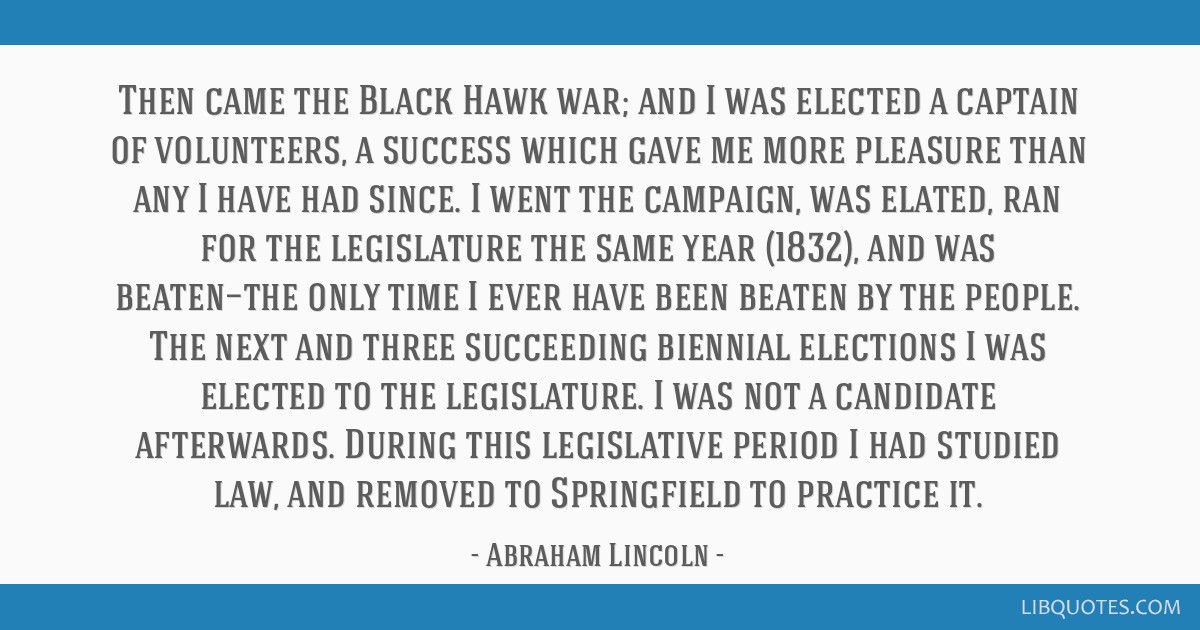 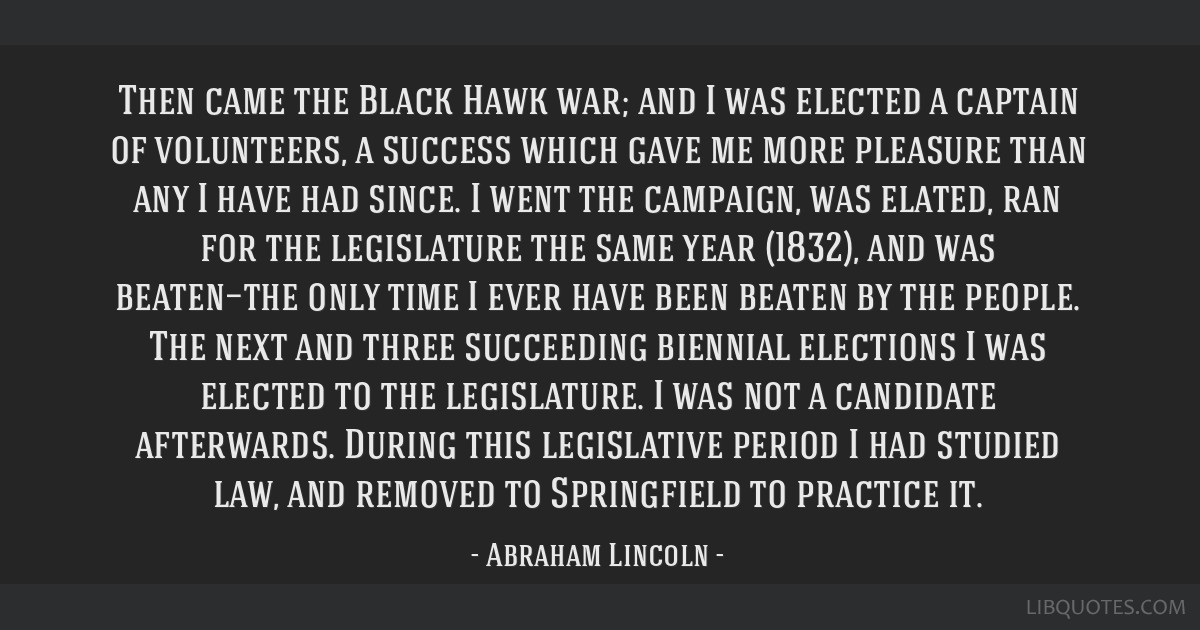 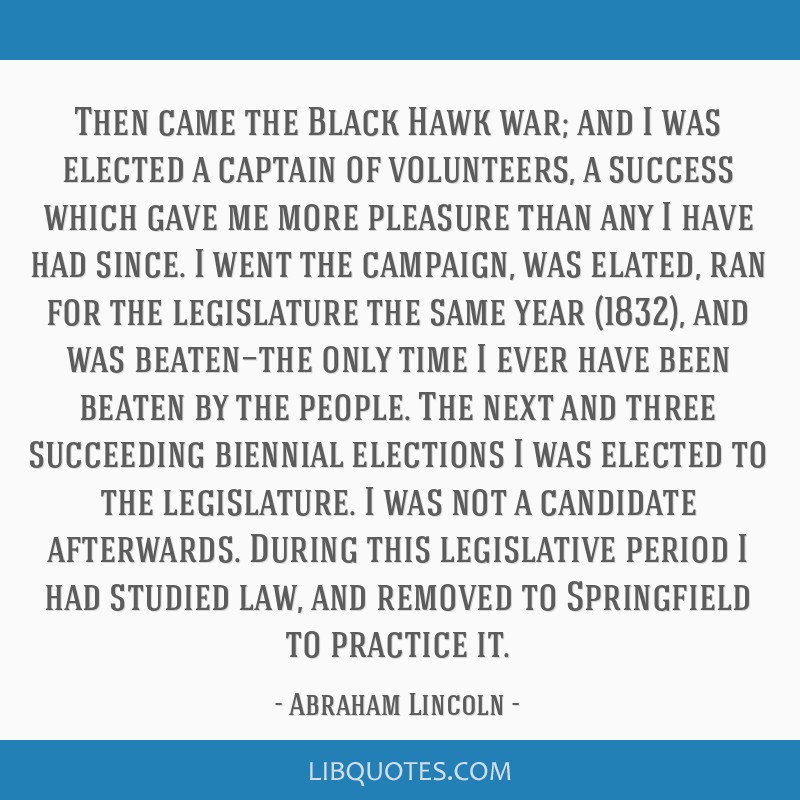 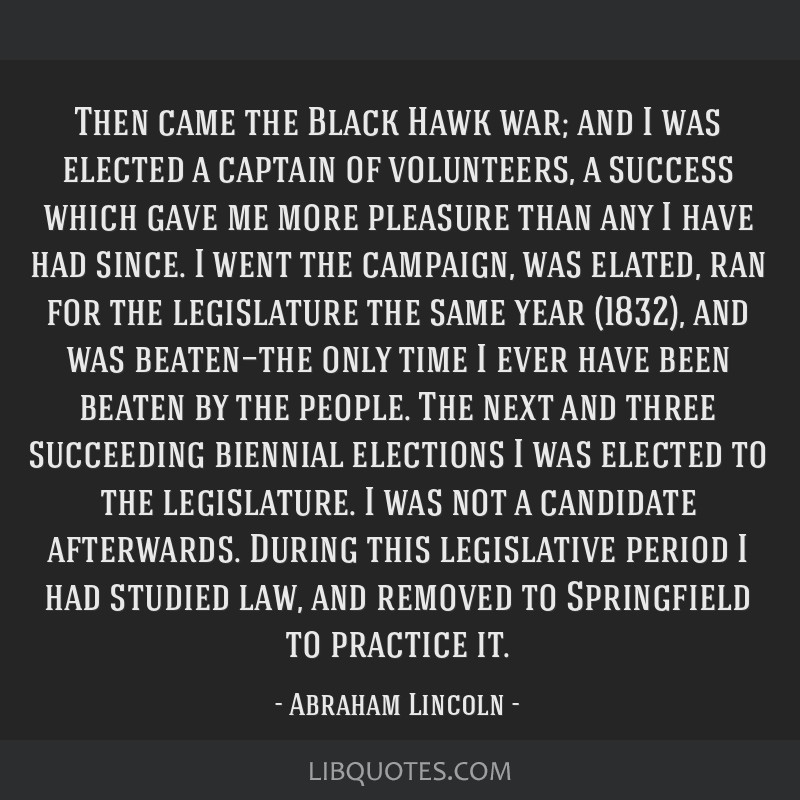