March 1, 1830, Abraham having just completed his twenty-first year, his father and family, with the families of the two daughters and sons-in-law of his stepmother, left the old homestead in Indiana and came to Illinois....Here they built a log cabin, into which they removed, and made sufficient of rails to fence ten acres of ground, fenced and broke the ground, and raised a crop of sown corn upon it the same year. These are, or are supposed to be, the rails about which so much is being said just now, though these are far from being the first or only rails ever made by Abraham. 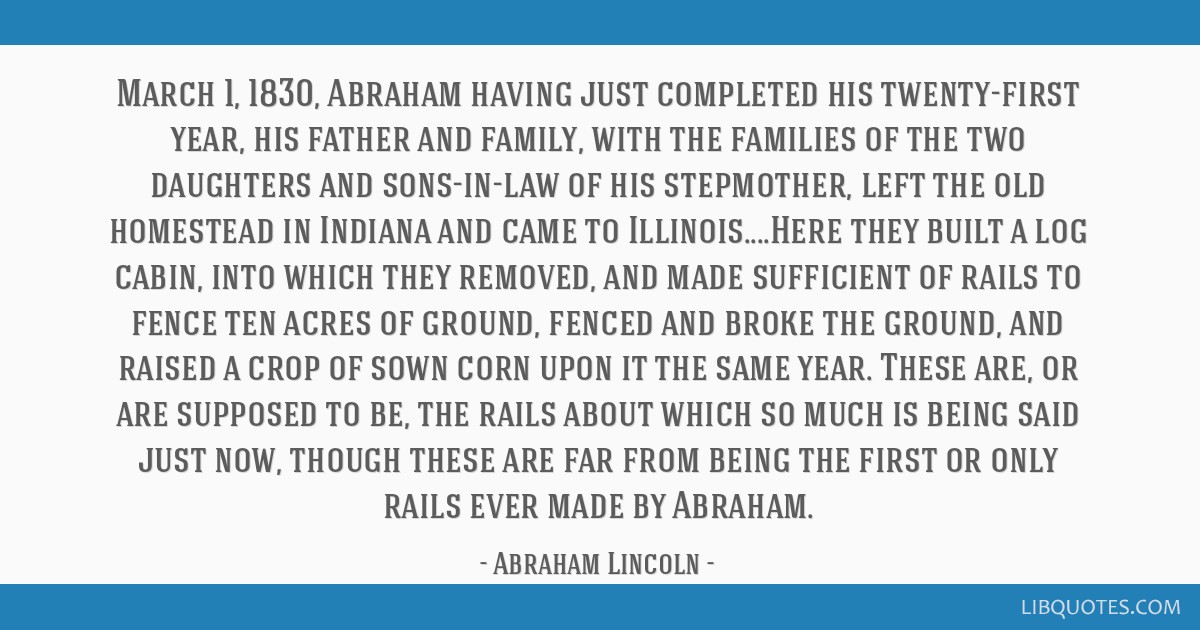 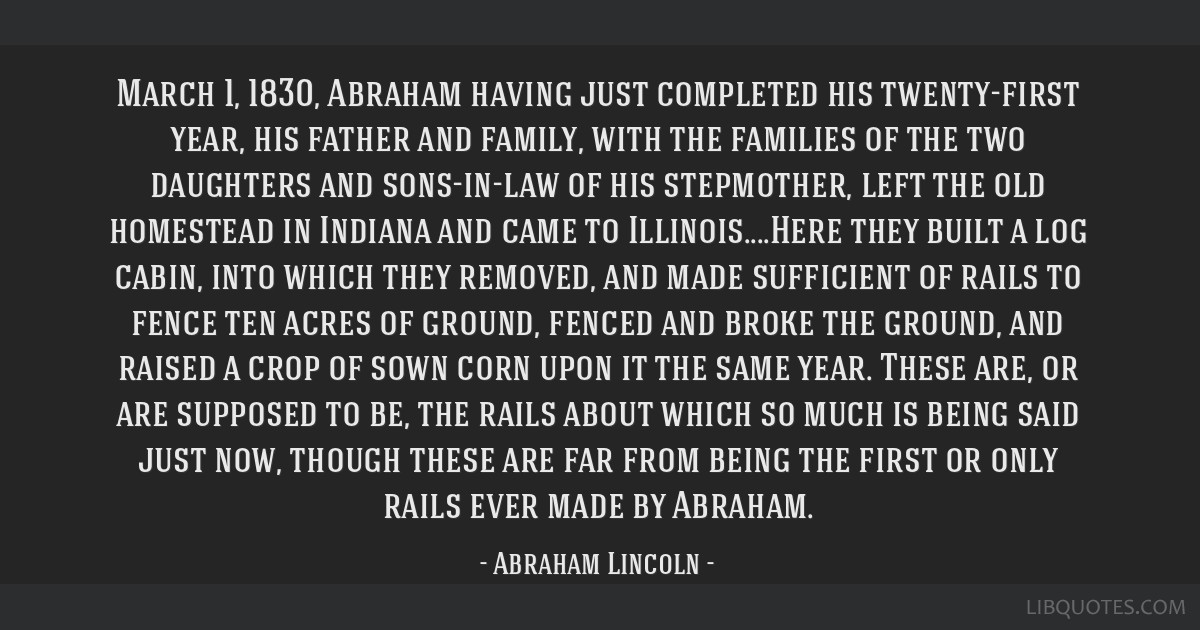 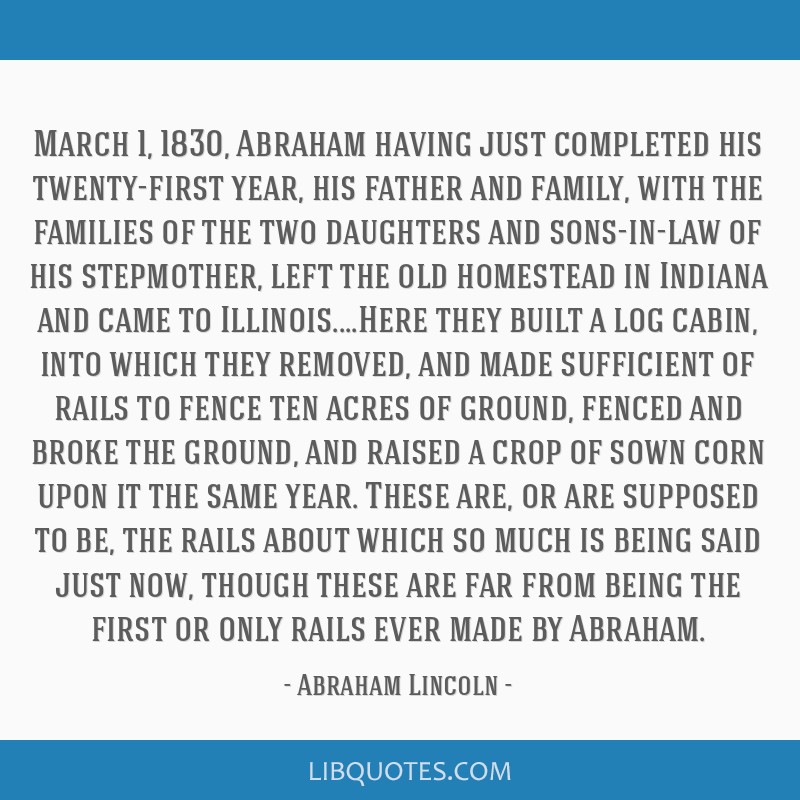 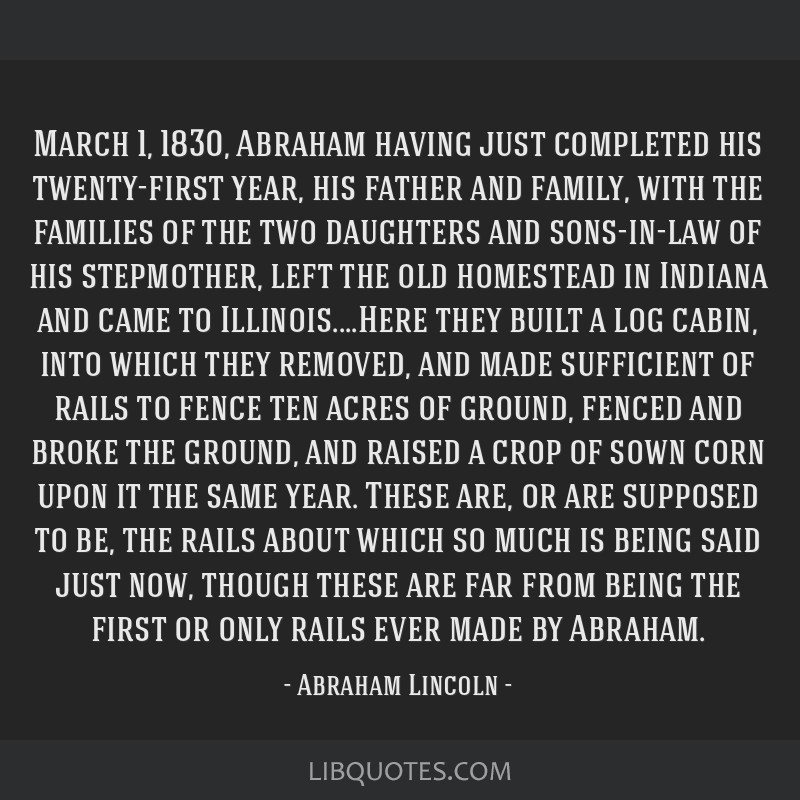