That portion of the earth's surface which is owned and inhabited by the people of the United States is well adapted to be the home of one national family, and it is not well adapted for two or more. Its vast extent and its variety of climate and productions are of advantage in this age for one people, whatever they might have been in former ages. Steam, telegraphs, and intelligence have brought these to be an advantageous combination for one united people.

Second State of the Union address (1862) 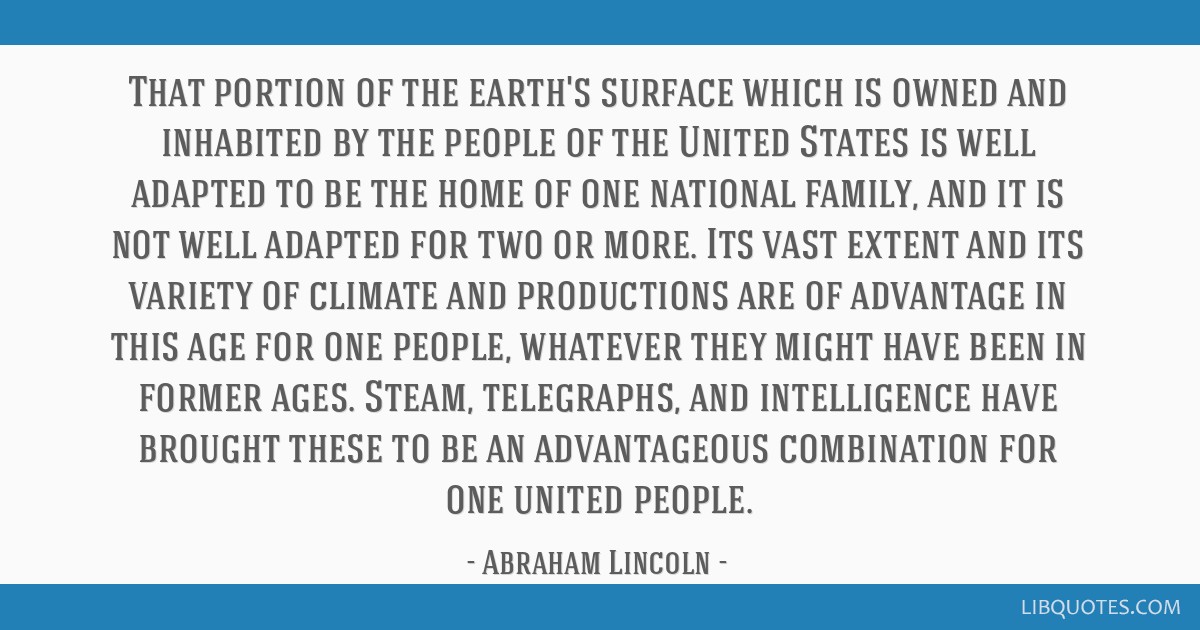 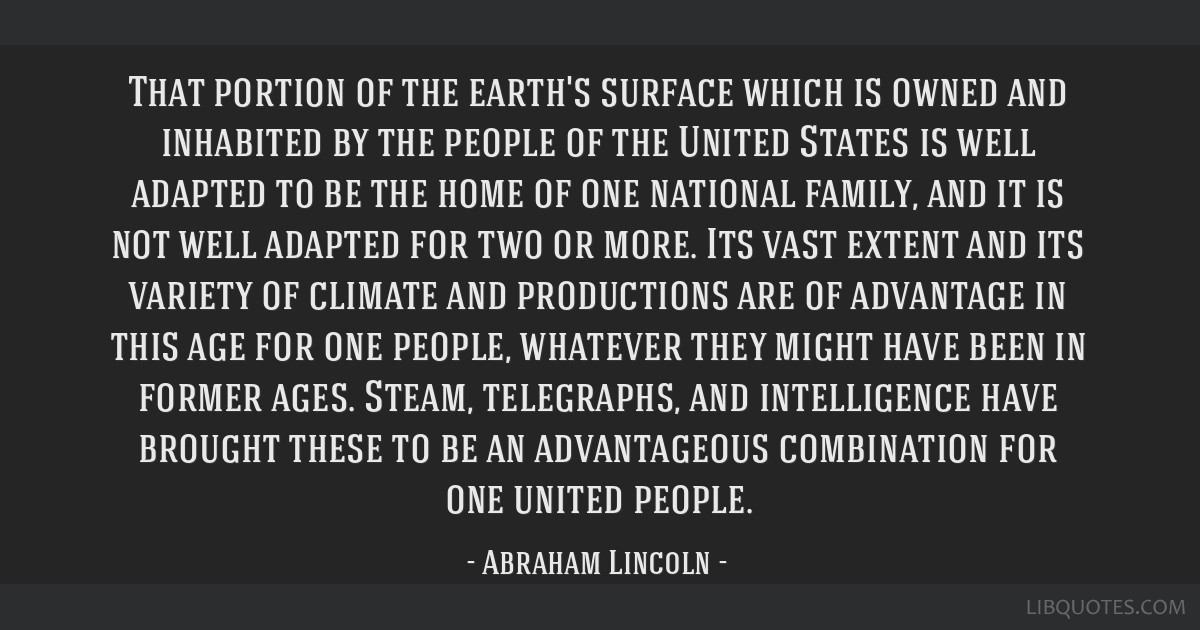 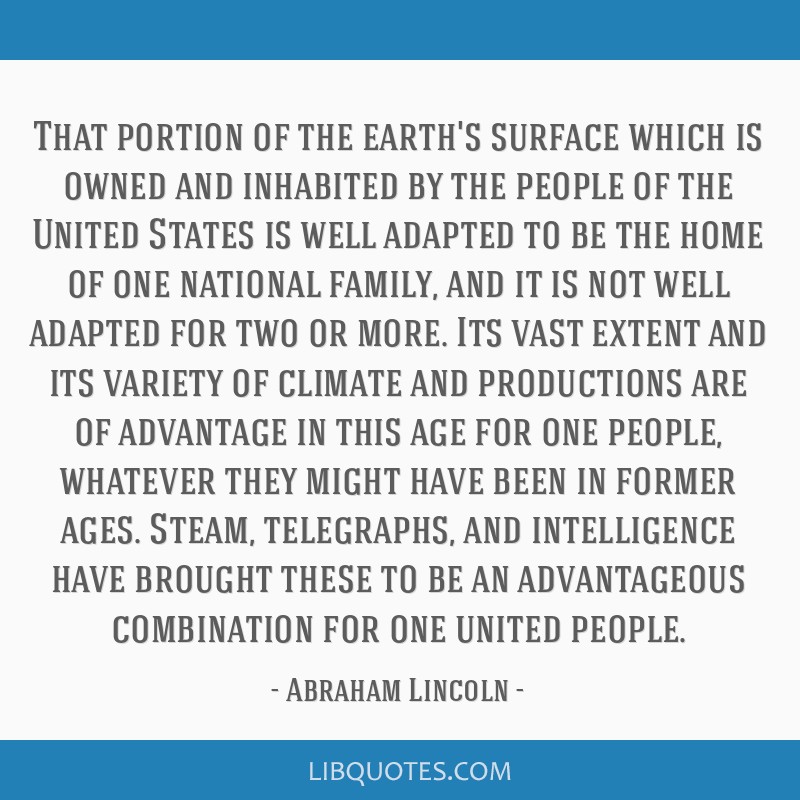 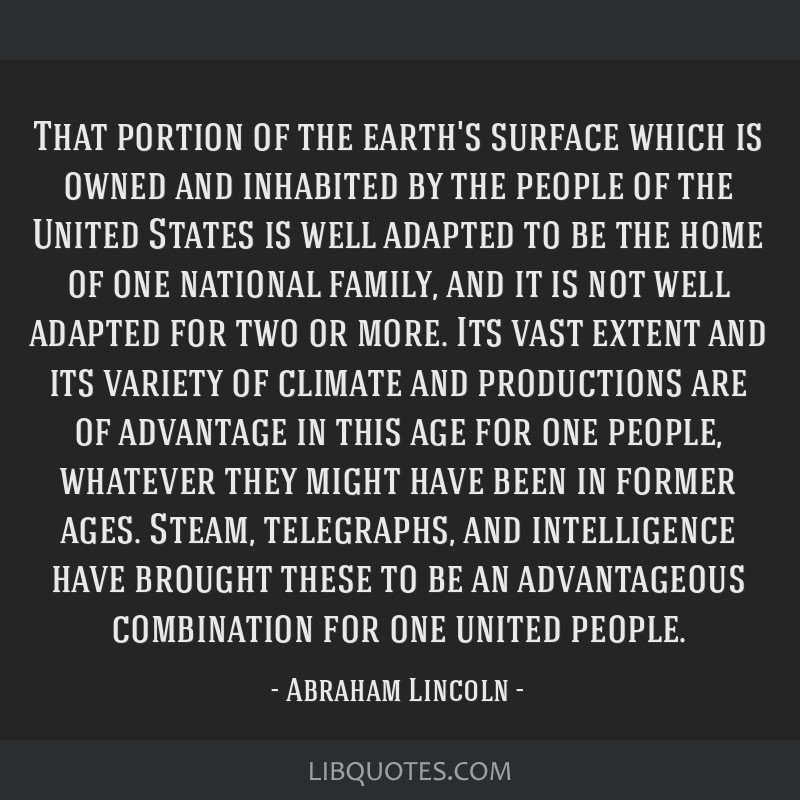