The old general rule was that educated people did not perform manual labor. They managed to eat their bread, leaving the toil of producing it to the uneducated. This was not an insupportable evil to the working bees, so long as the class of drones remained very small. But now, especially in these free States, nearly all are educated — quite too nearly all, to leave the labor of the uneducated, in any wise adequate to the support of the whole. It follows from this that henceforth educated people must labor. Otherwise, education itself would become a positive and intolerable evil. No country can sustain, in idleness, more than a small percentage of its numbers. The great majority must labor at something productive. 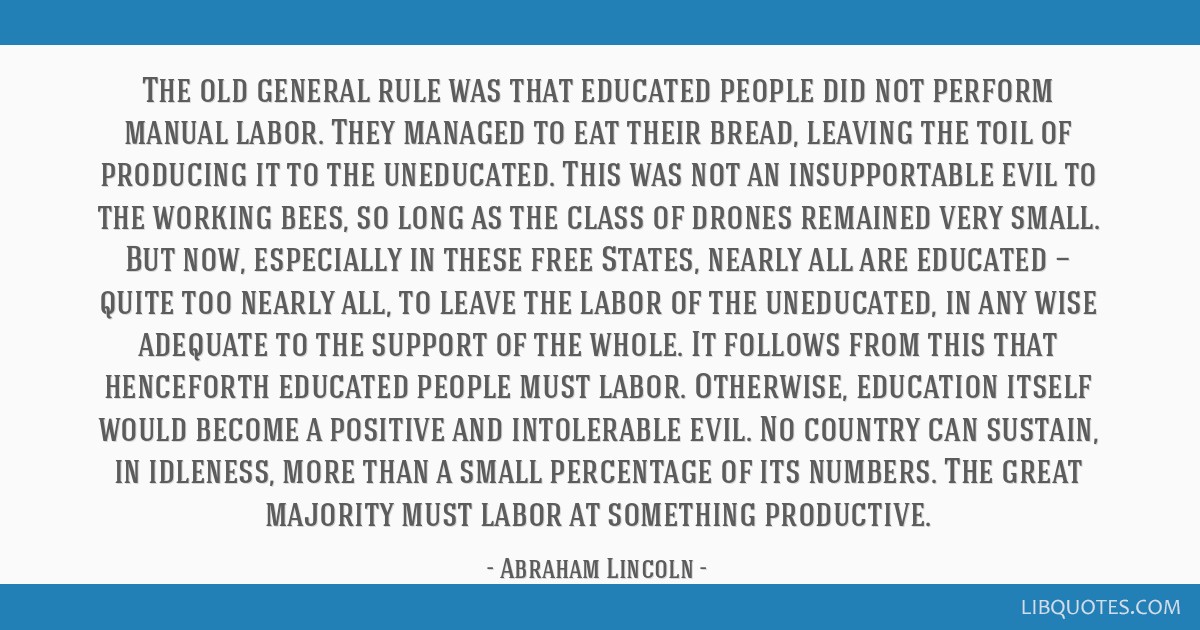 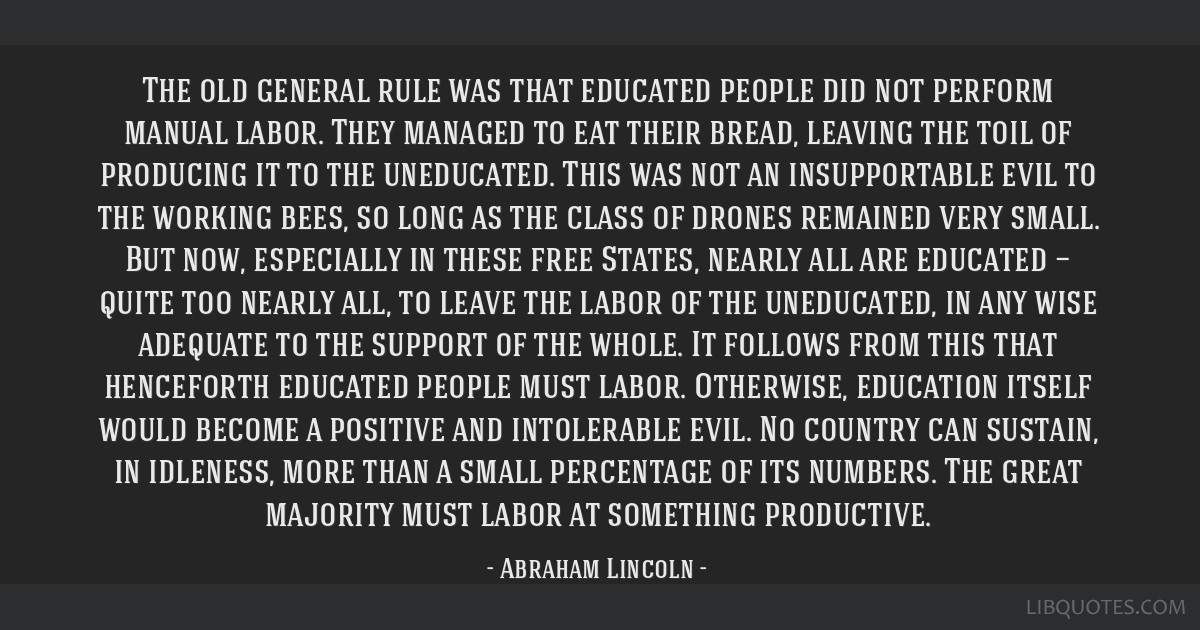 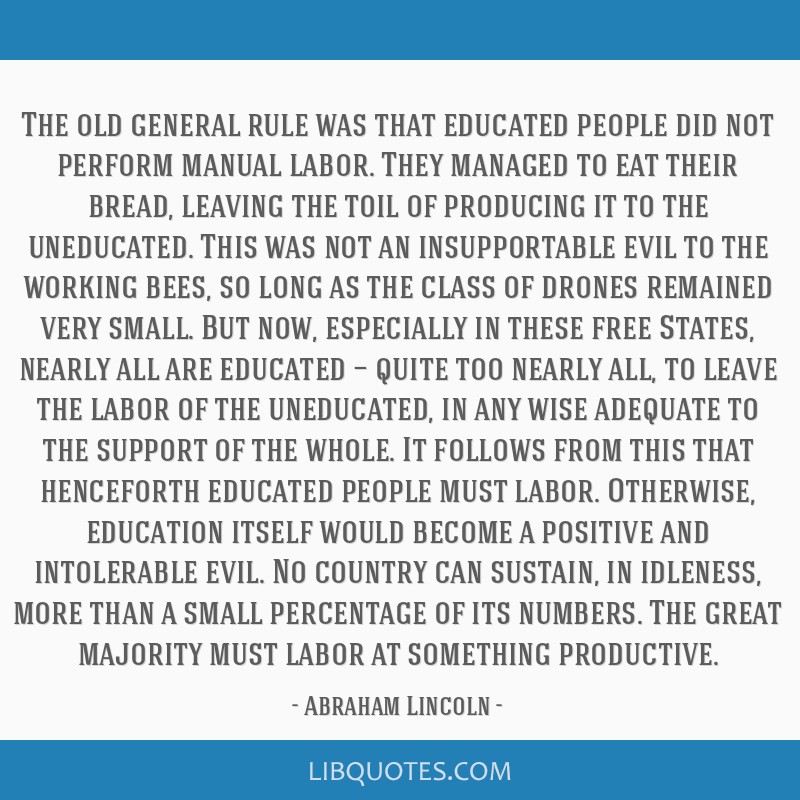 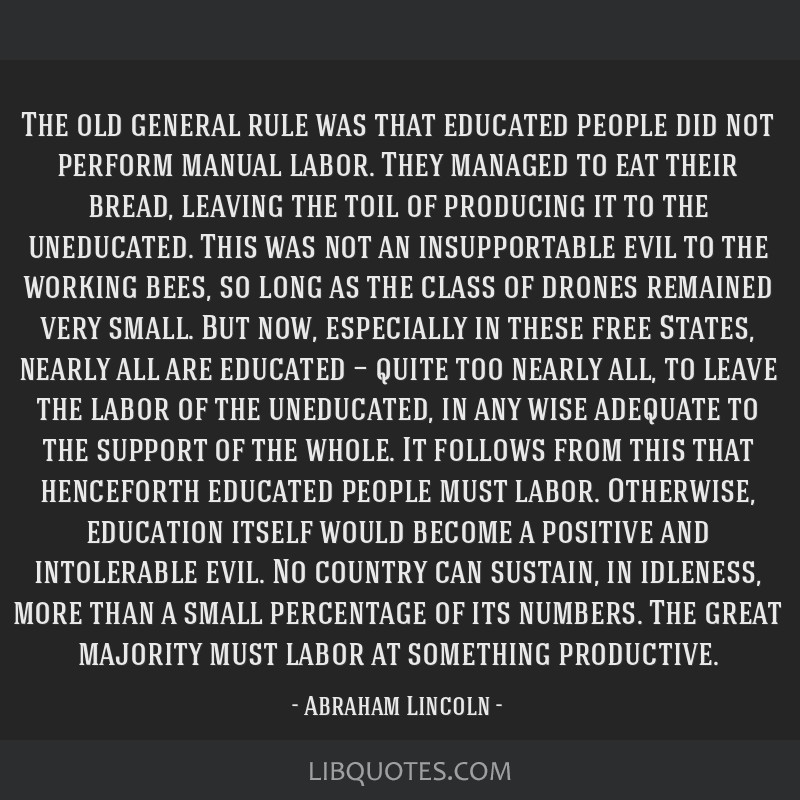