But all of this action goes on in the dark, hidden underground. It's called stealing or piracy, as if sharing a wealth of knowledge were the moral equivalent of plundering a ship and murdering its crew. But sharing isn't immoral - it's a moral imperative. Only those blinded by greed would refuse to let a friend make a copy. 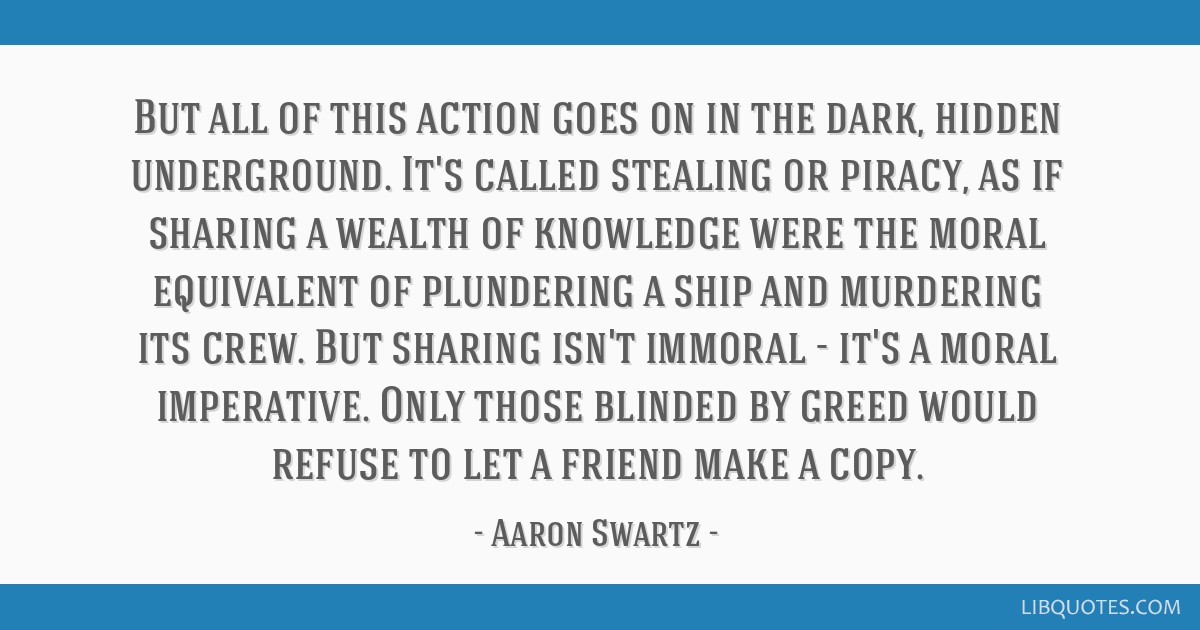 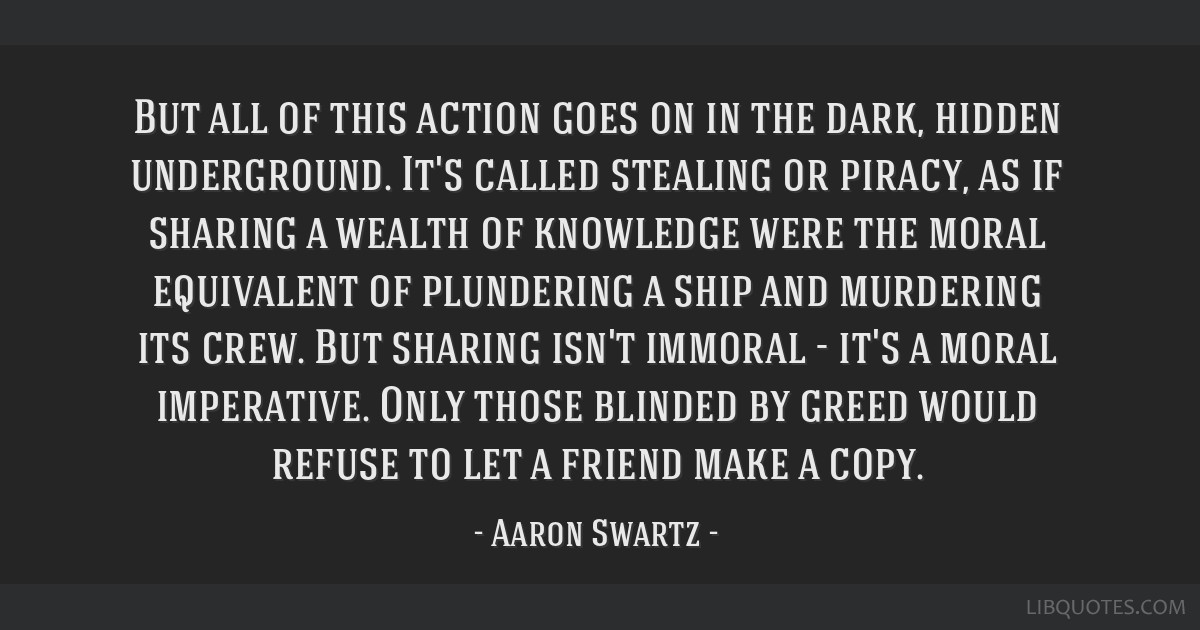 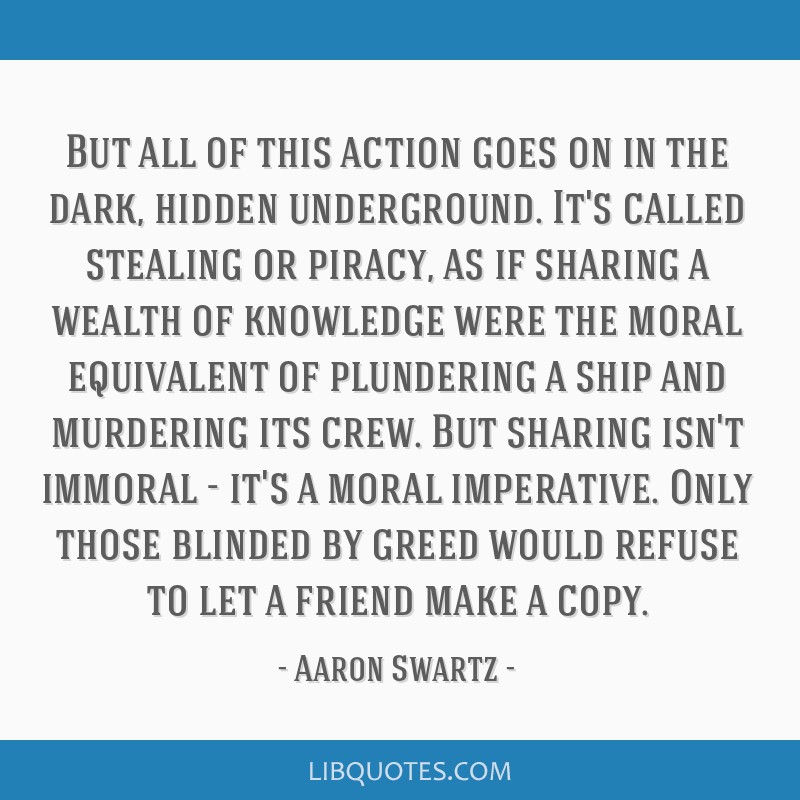 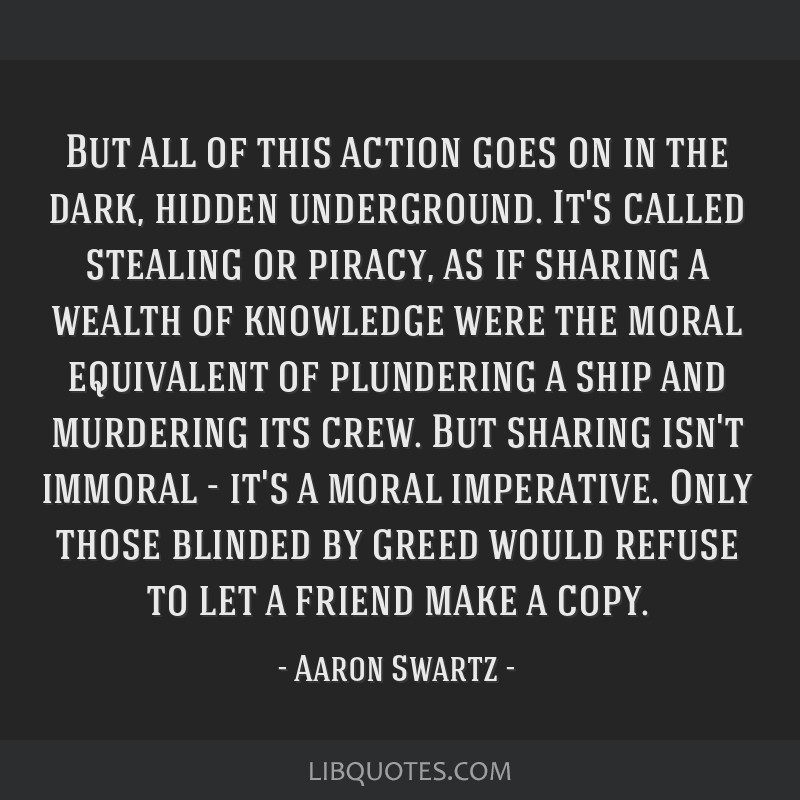 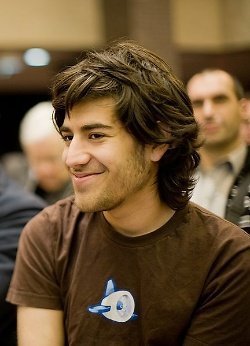