Courage is poorly housed that dwells in numbers; the lion never counts the herd that are about him, nor weighs how many flocks he has to scatter.

As quoted in The Golden Treasury of Thought : A gathering of quotations from the best ancient and modern authors (1873) edited by John Camden Hotten. 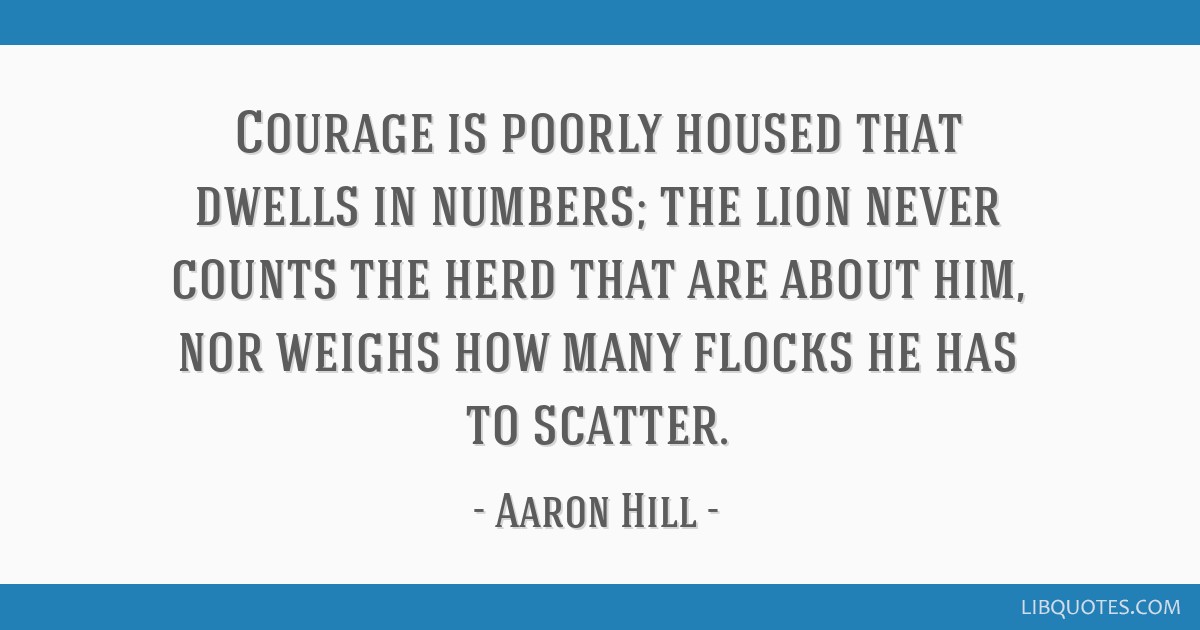 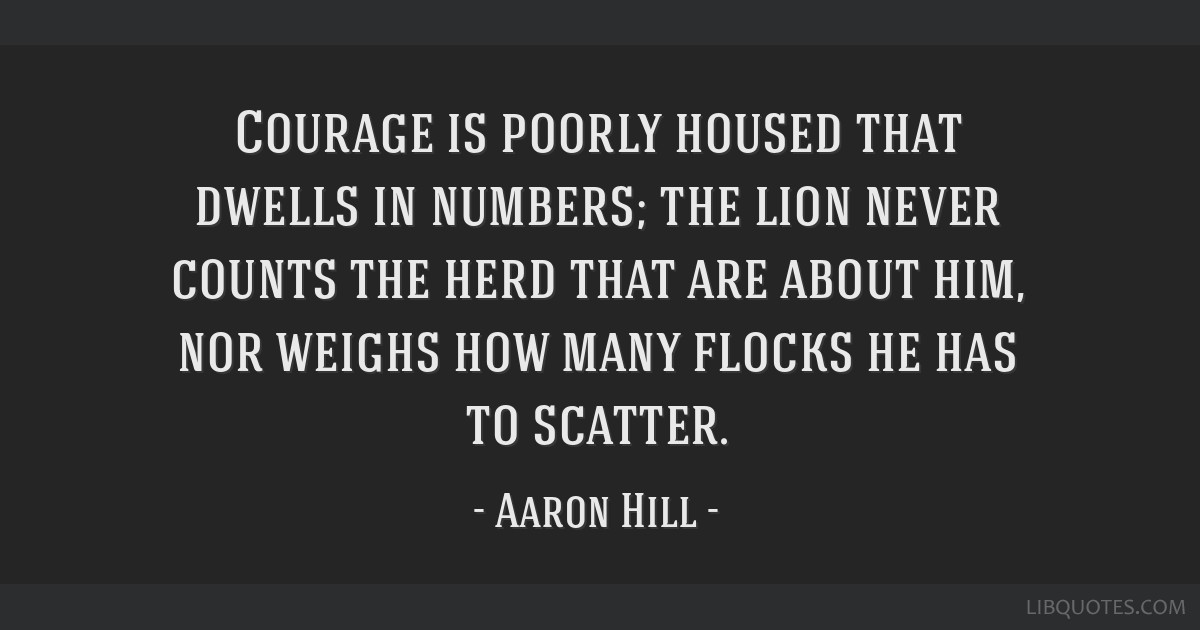 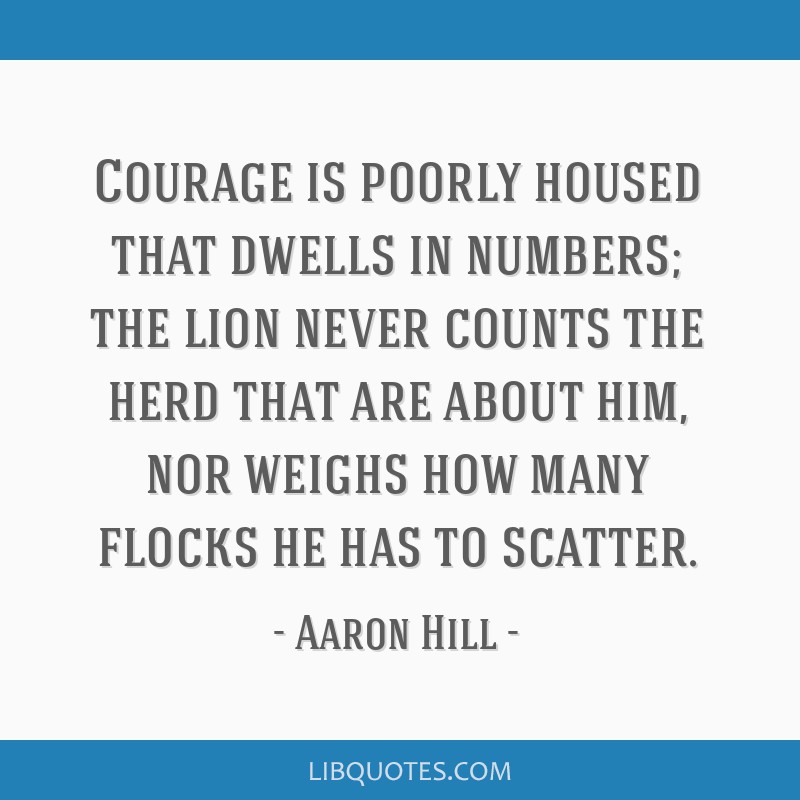 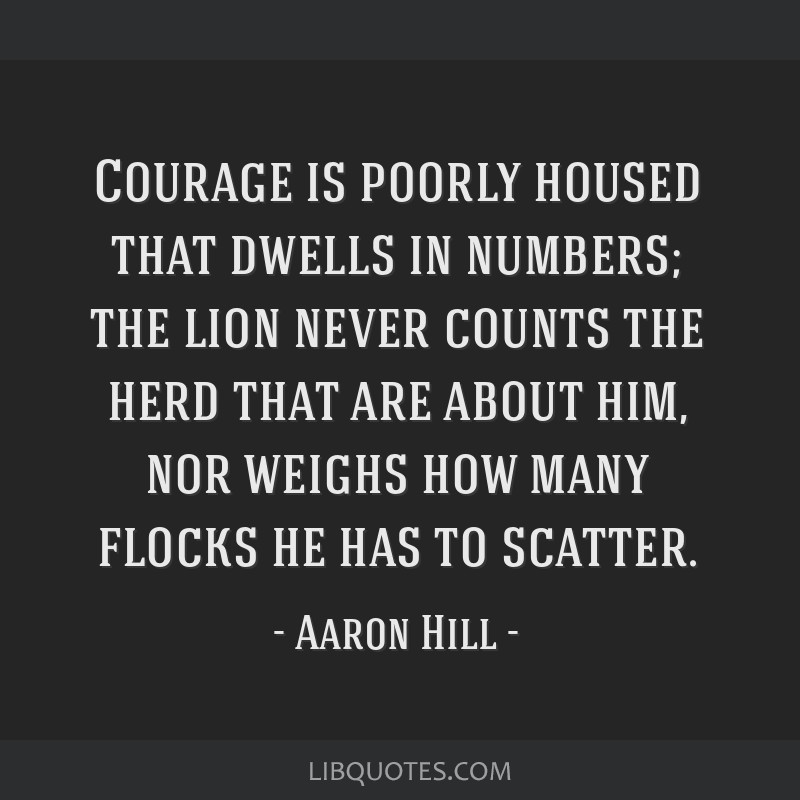