"The only trend I do not like in rap right now is the message rap. I consider the message rap the equivalent of what strings were to rock 'n' roll in the late '50s - a capitulation to the adult norm who can't accept the music on its own terms. The people who considered "Sixty Minute Man" by Billy Ward and the, "Annie Had a Baby" - as the pinnacles of '50s R&B now are super uptight over the - in quotes - hotel/motel lyrics of rap. Rap is definitely as true to the essence of rock 'n roll as anything that's out there today." 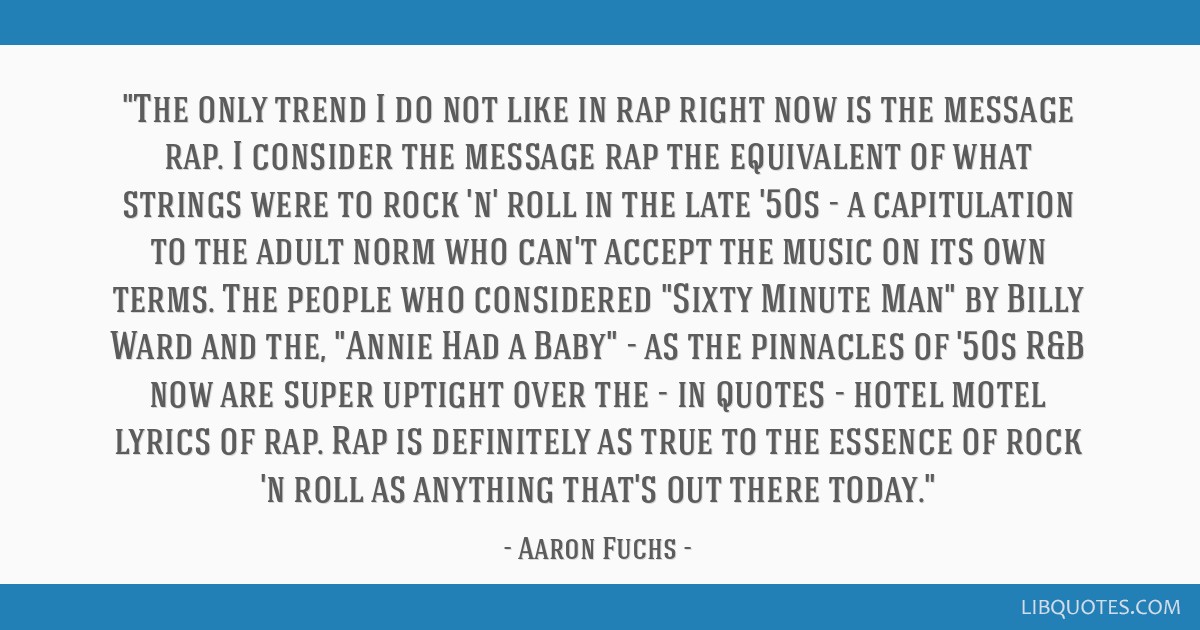 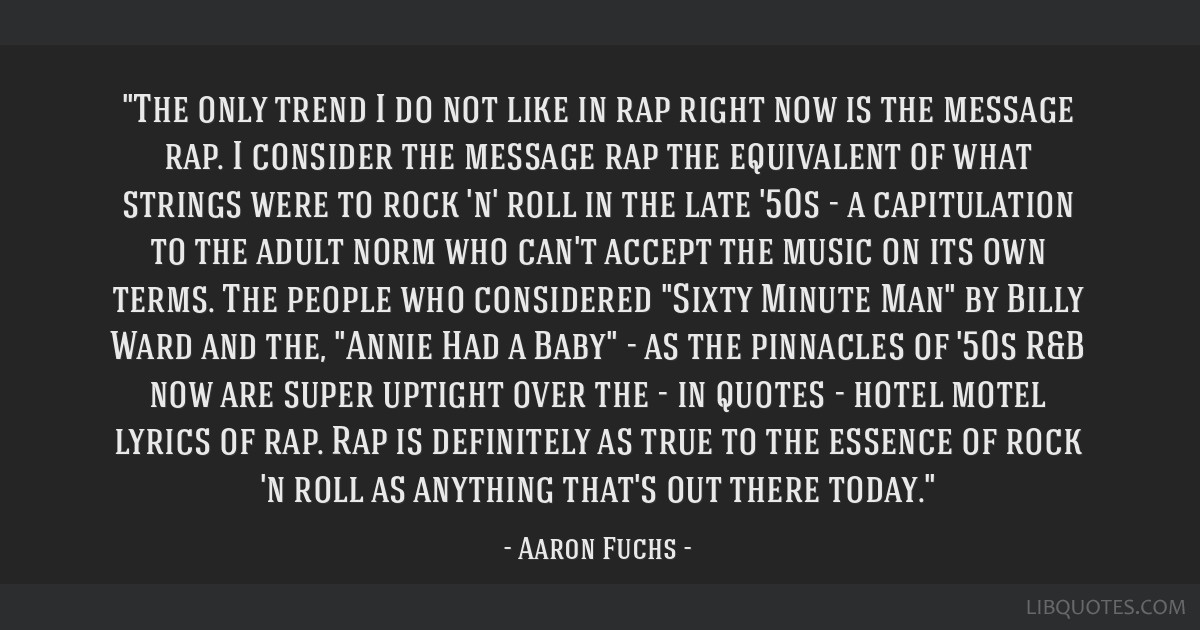 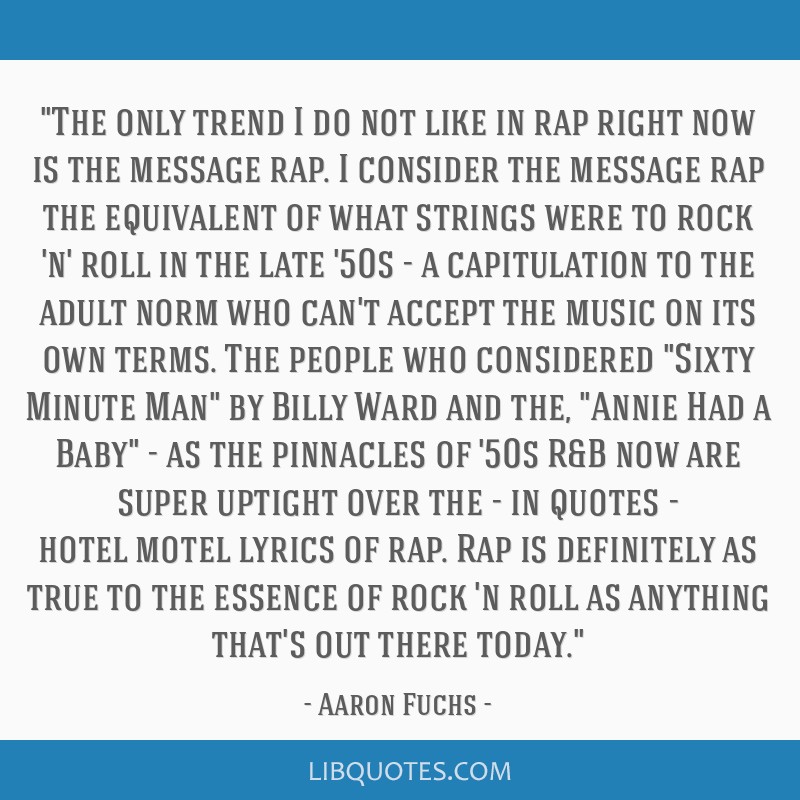 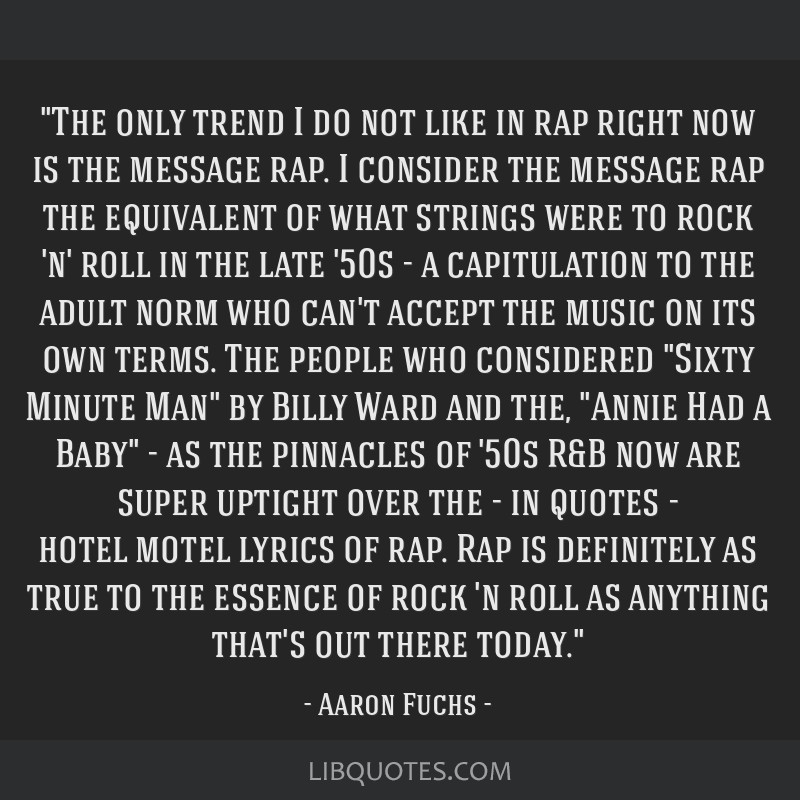