I object to background music no matter how good it is. Composers want people to listen to their music, they don't want them doing something else while their music is on. I'd like to get the guy who sold all those big businessmen the idea of putting music in the elevators, for he was really clever. What on earth good does it do anybody to hear those four or eight bars while going up a few flights. 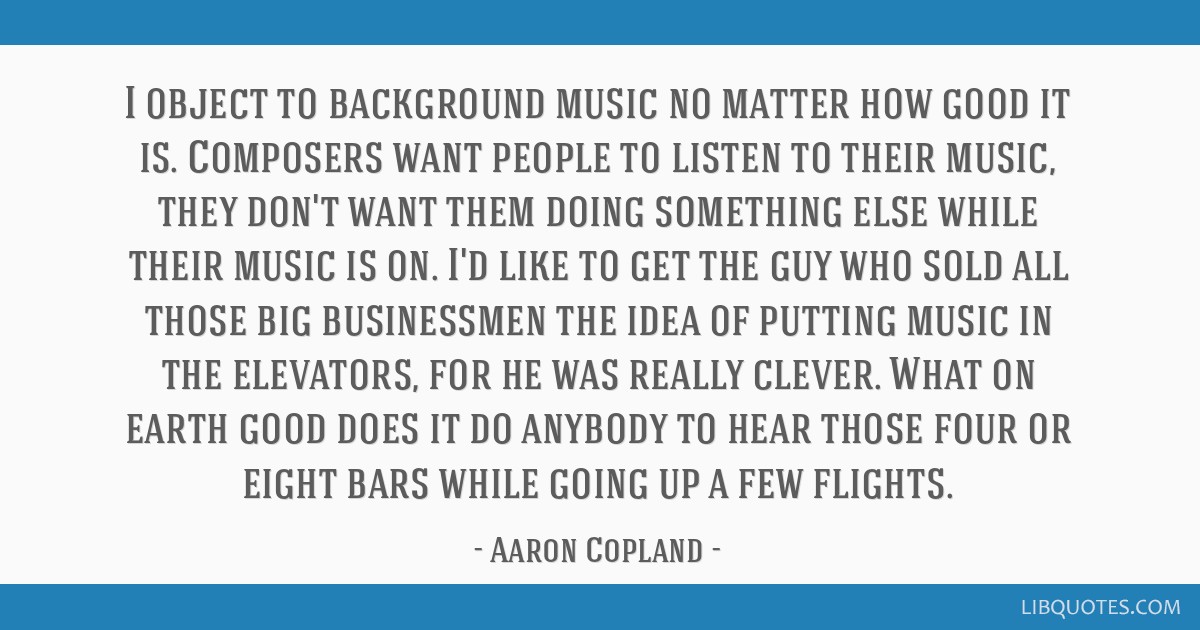 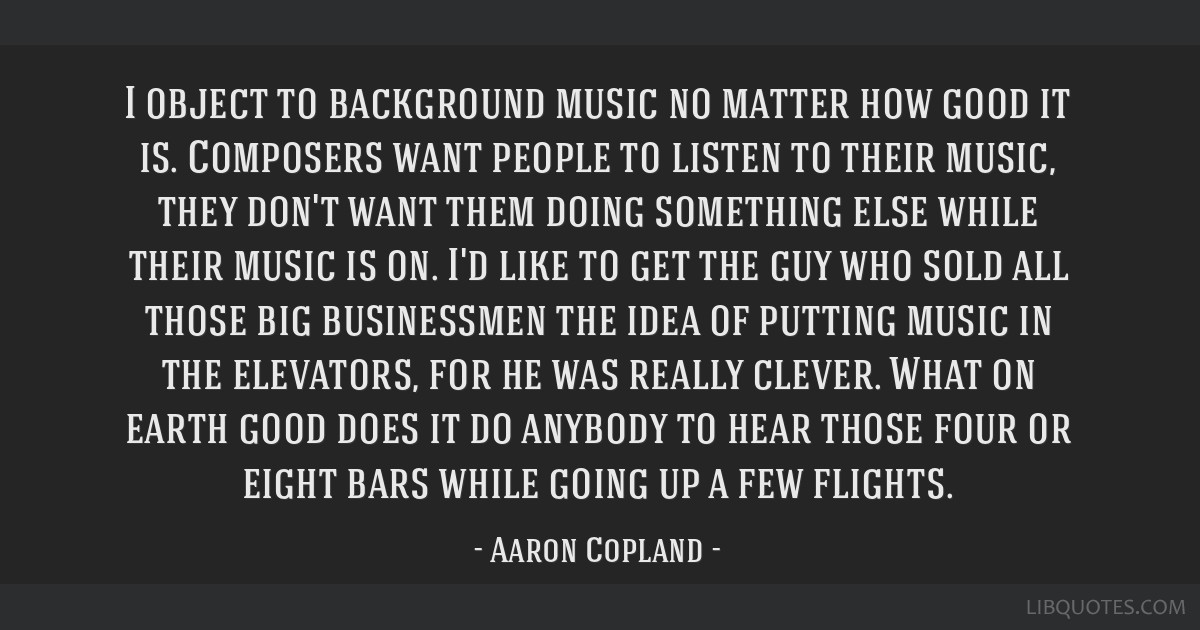 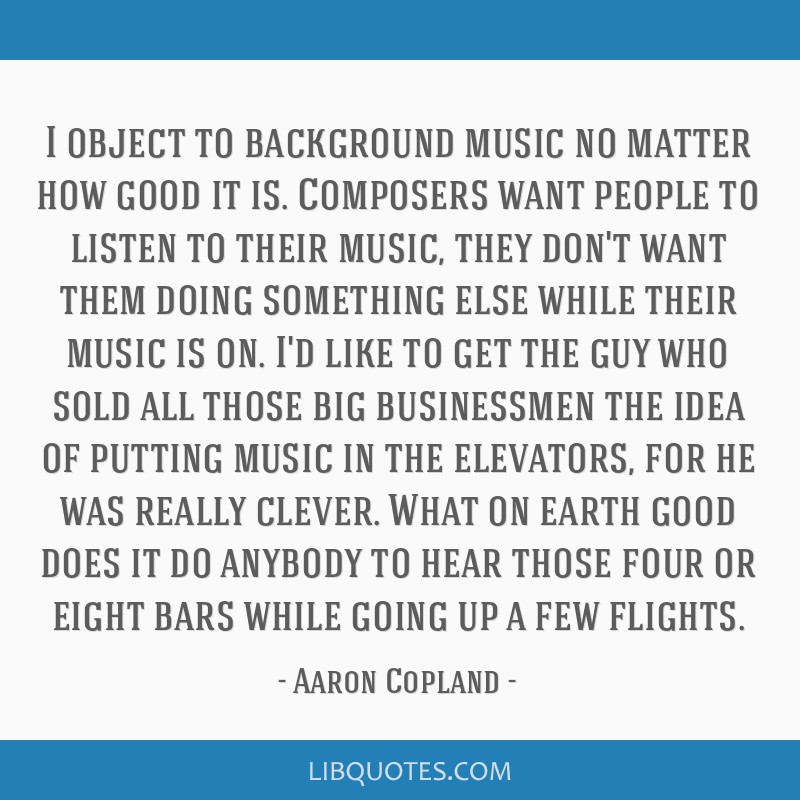 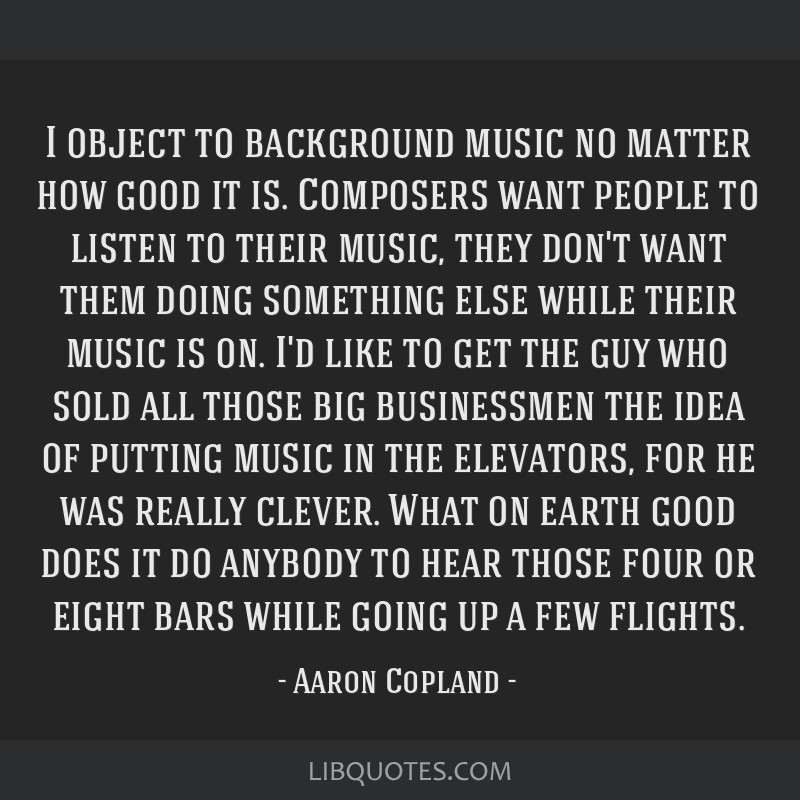