Now, occultism is not like mystic faculty, and it very seldom works in harmony either with business aptitude in the things of ordinary life or with a knowledge of the canons of evidence in its own sphere.

A. E. Waite
If in any divination the Tenth Card should be a Court Card, it shews that the subject of the divination falls ultimately into the hands of a person represented by that card, and its end depends mainly on him.

A. E. Waite
Behind the man is the Tree of Life, bearing twelve fruits, and the Tree of the Knowledge of Good and Evil is behind the woman; the serpent is twining round it.

A. E. Waite
The true Tarot is symbolism; it speaks no other language and offers no other signs.

A. E. Waite
The Empress has been connected with the ideas of universal fecundity and in a general sense with activity.

A. E. Waite
It will be thought that I am acting strangely in concerning myself at this day with what appears at first sight and simply a well-known method of fortune-telling.

A. E. Waite
The Tarot embodies symbolical presentations of universal ideas, behind which lie all the implicits of the human mind, and it is in this sense that they contain secret doctrine, which is the realization by the few of truths embedded in the consciousness of all.

A. E. Waite
We have now seen that there is no particle of evidence for the Egyptian origin of Tarot cards.

A. E. Waite
All true religion, all true morality, all true mysticism have but one object, and that is to act on humanity, collective and individual, in such a manner that it shall correspond efficiently with the great law of development, and co-operate consciously therewith to achieve the end of development. 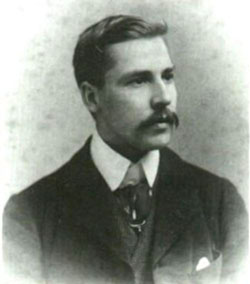 Creative Commons
Born: October 2, 1857
Died: May 19, 1942 (aged 84)
Bio: Arthur Edward Waite, commonly known as A. E. Waite, was an American-born British poet and scholarly mystic who wrote extensively on occult and esoteric matters, and was the co-creator of the Rider-Waite Tarot deck. As his biographer R. A.
Known for: