Christopher Robin was sitting outside his door, putting on his Big Boots. As soon as he saw the Big Boots, Pooh knew that an Adventure was going to happen, and he brushed the honey off his nose with the back of his paw, and spruced himself up as well as he could, so as to look ready for Anything. 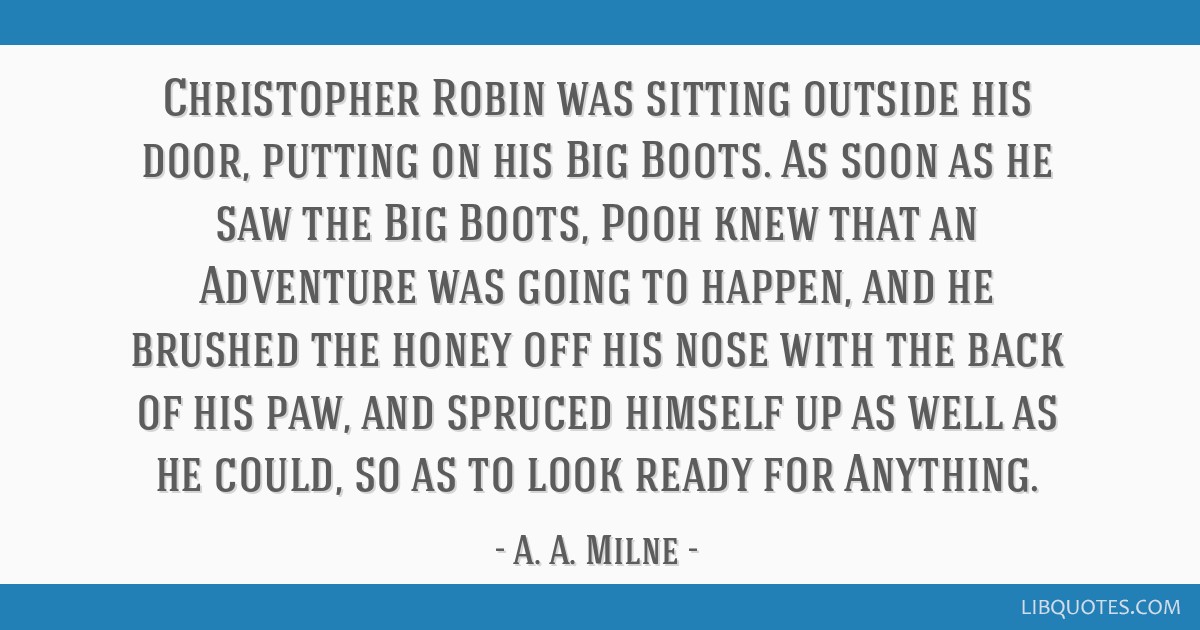 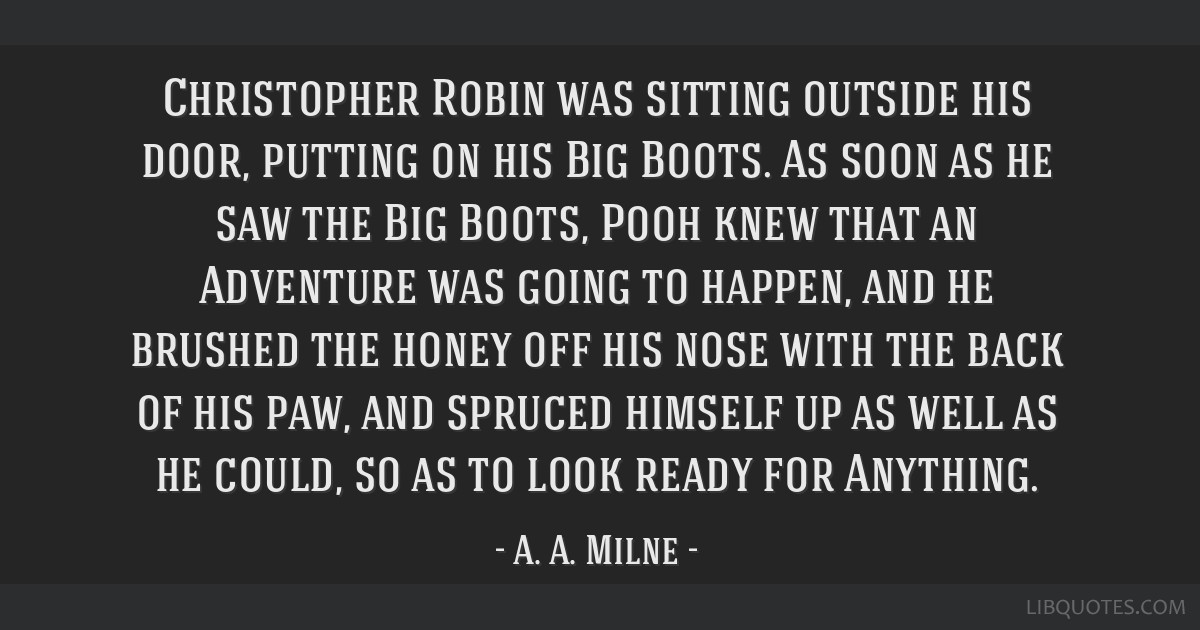 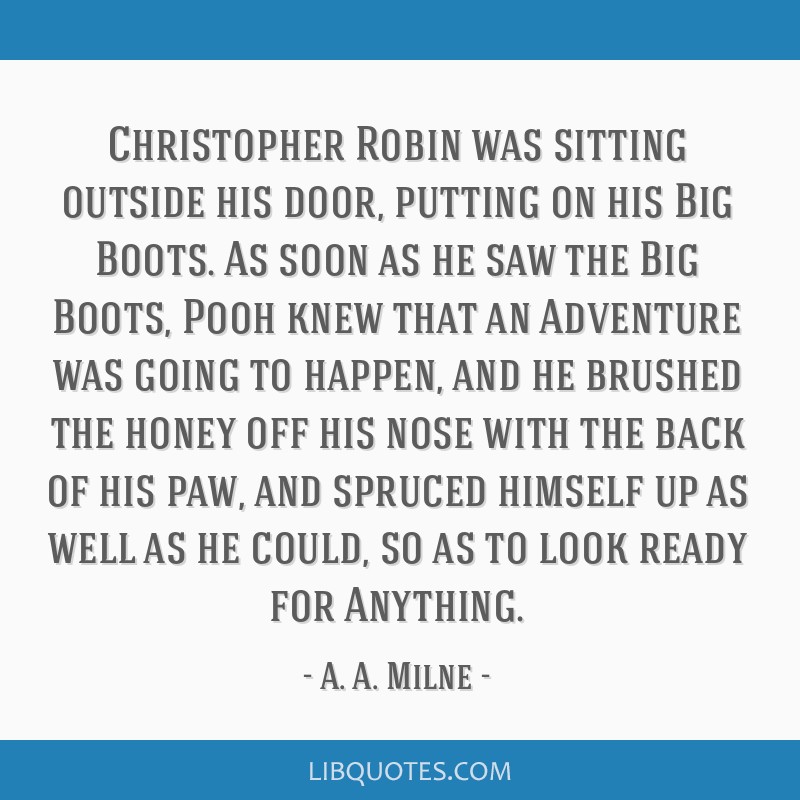 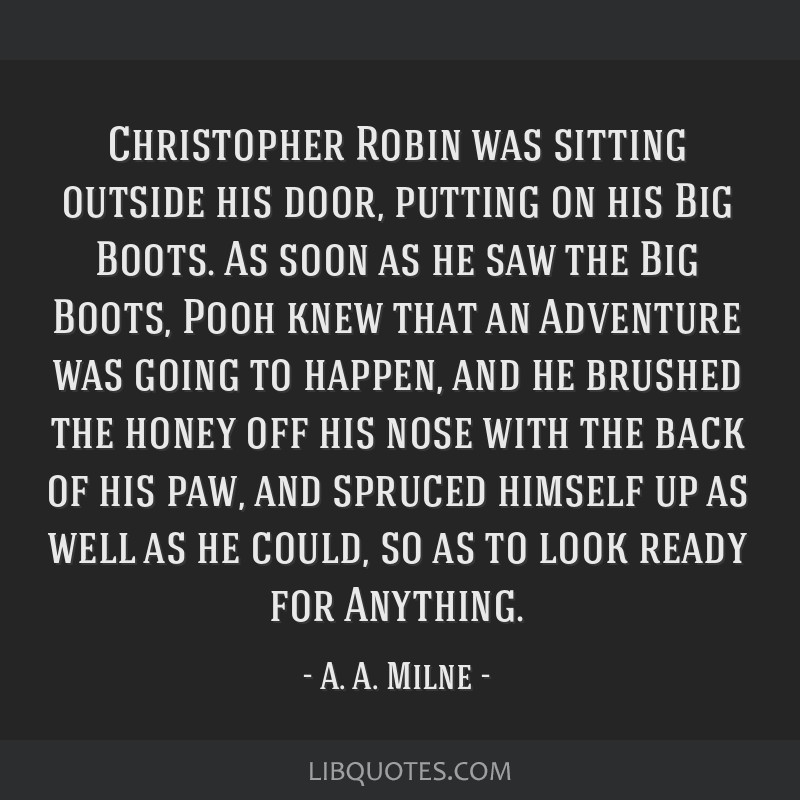 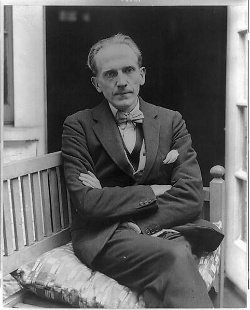